Liberated Women and a Hen-Pecked Husband

Let's go back to the turn of the century, then step into the razorback hog country in Missouri, to where they produced genuine, old-time, liberated women. That's where Alice Marcellus fed her little son, Frank, until he got to be a big guy. She then told her husband, Archie, it was time to trade in their holdings for a bit of Washington land, so Frank could get a better start in life.
The Todd family also followed the Marcelluses to Davenport. Alice and her hen-pecked husband made a payment on an established scab-rock farm right next to our place. The Todds settled in Davenport and the two daughters took up school teaching. Later, they married a couple of well-matured Gunning boys, and settled on farms where the grass was greener.

Alice figured they could farm better with mules whose ancestors came from Missouri. She found such discarded tall and skinny mules from farms in the Harrington district. When Archie, or son Frank, needed a rest she would slip into a pair of overalls and drive a string of mules 'til suppertime. 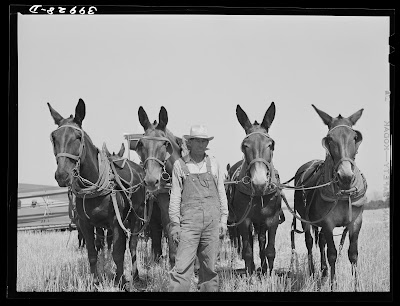 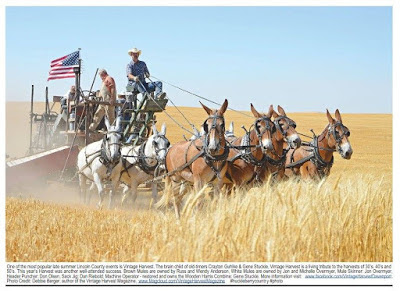