The Bella Abzug of Her Time

After six years of Rocklyn living, old lady Marcellus found the scab-rock produced only rock roses, and the farmland was too thin to keep her two dependents fed Missouri style. She sold out and bought Sandy's Model T Ford agency in Davenport, appointed Frank to sell Fords, and retired Archie.

While living in Davenport, Alice started to mess around in politics. A Democrat to the very core, her convictions were simple and forceful. She practiced a "live and let live" policy. For local humor and some facts, I wish she were around to help us Democrats today. The local opposition candidates used to walk on the other side of the street when she came downtown. She was the Bella Abzug of her time.

The old lady was never inside a church 'til her funeral. She claimed she had too many irons in the fire to take time out for such things as religion. Alice used to say, "If there is an ornery devil in the supernatural world, I believe I can handle him."

Husband Archie grieved her death considerably, and spent many an afternoon up at the Davenport cemetery. "It's that constant sound of her voice that I miss," he would tell my dad.

Gray-haired Frank, with the old lady gone, felt free to marry that teenage Borck girl. She had been sitting on the sidelines, waiting. Upon selling the Ford garage, the newlyweds placed father Archie in the back seat, and drove to Long Beach, California, where he didn't last very long.

Frank bought an acre of ground on Signal Hill and opened up a service station. Soon a wild-catter drilled a hole and struck oil. This made it possible to pile up more money than he could handle 'til a bunch of professional crooks relieved him of that burden. When Frank died, he was financially as naked as when Alice Marcellus bore him back in Jesse James' country. 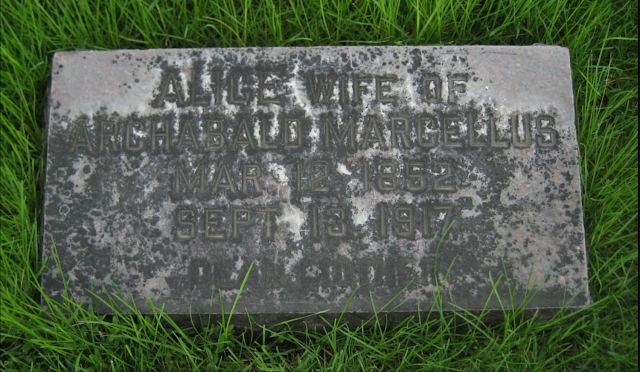 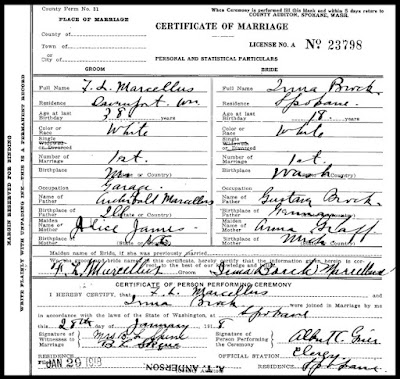