How many of you older folks remember Victor Meyers when he ran for mayor of Seattle? He was for real, even though he promised the voters lots of wild things like every streetcar would have a lady receptionist, and he would install swinging hammocks throughout the city for the tired shoppers to take a quick snooze. Vic also promised to have a pot of flowers on every street comer.

With all those goodies promised, Victor failed to win the vote of the majority. But later when Meyers ran for Lieutenant Governor, his Seattle publicity stunt did help. The voters shoved him into office. He stayed on as Lieutenant Governor for many years.

Meyers took advantage of his paid job by spending a couple of winters in Arizona. A news reporter asked Vic why he wasn’t up in Washington doing his duty. His reply was he didn’t know his office had anything to do during the winter months except to greet visitors, and he asked the reporter, “Who would want to come to Washington in the winter?”

I guess in those days, Washington State voters accepted old Vic Meyers as sort of a mascot and a good will ambassador. 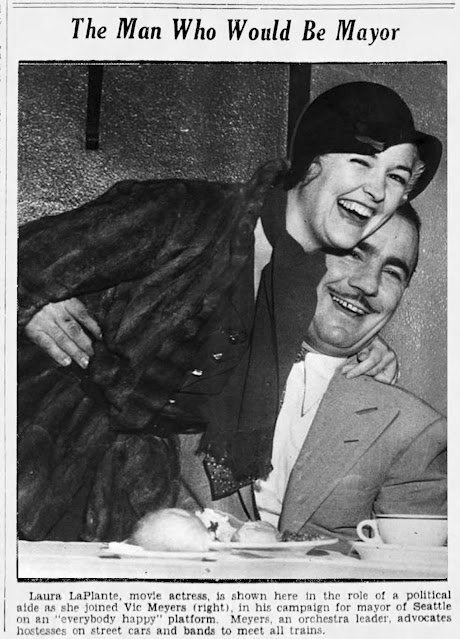 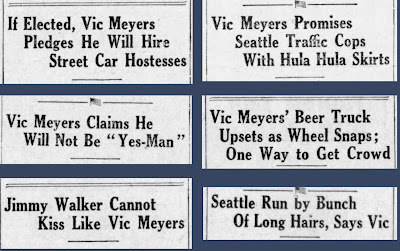 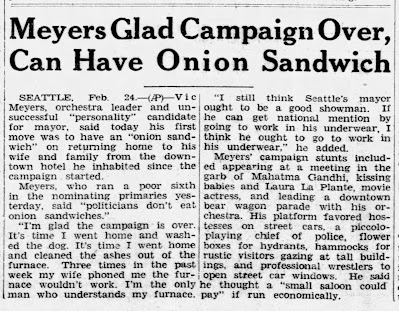