Before closing the chapter on Sassin school, let’s take a brief peek at what school was like nearly a century ago. When Sassin opened up it's brand new school, kids of all ages arrived and were ready to absorb some education. One of my aunts was already too old for school and never had a chance to receive any formal knowledge. Dad was a border line case, but did look a little younger than the teacher. However, upon reaching the fourth grade the little kids started calling him "Whiskers," so he quit. The teacher, Lydia Hemmersmith had only a fifth grade education and sort of learned along with the older kids.

When the weather got cold there were no hot lunches; their stomachs had the job of warming up the food that was in their lunch pails. One day a lunch dispute caused an afternoon vacation to set in for the whole student body. It started when the teacher brought a can of sardines to school and told the boys there should be enough little suckers in the tin for a taste of fish for each one. When the flat tin can got to Alby Jurry he gobbled down what sardines were left, leaving the last boy, Johnny McPherson without a fish treat. Johnny just wanted to whop Alby for being a hog, but it turned into pounding the stuffings out of each other.

When the fight ended the two battlers walked home, so did the rest of the boys and girls. This left Lydia the teacher with nothing to do but to walk home also.

The Sassin and Rocklyn districts are just small examples of early day school life that the youngsters encountered. In my own environment, the Sassin school with it’s small church and a cemetery down the road aways gave a perfect setting for the "little house on the prairie" atmosphere.

This community in summer enjoyed the scab lands that wound through the district. It held the running waters of Rock Creek that emptied into Crab Creek. This territory had a mini-falls that produced power for grinding the settlers’ grain. There were just lots of choice spots where camp meetings, picnics, and outings were held.

Farther down this ancient drainage bed was where the Lincoln-Adams county Pioneer Picnic grounds was located. It had a pavilion, grandstand, race tracks, and all the paraphernalia that goes with such big early day blowouts. From the Sassin schoolhouse landmark it isn’t too far to the oldest continually occupied log house in the State of Washington. (I think so; it’s never been challenged). Built 117 years ago, it’s getting a remodeling job by it’s present owner. In the early 1870's stage coaches would stop there to allow passengers to do some leg stretching, and later it housed the Sassin Post Office. 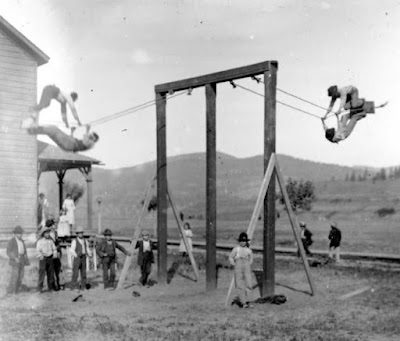 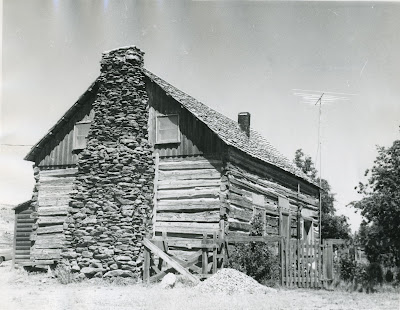 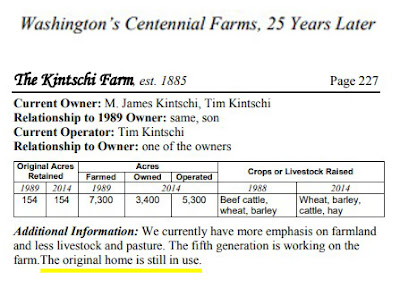 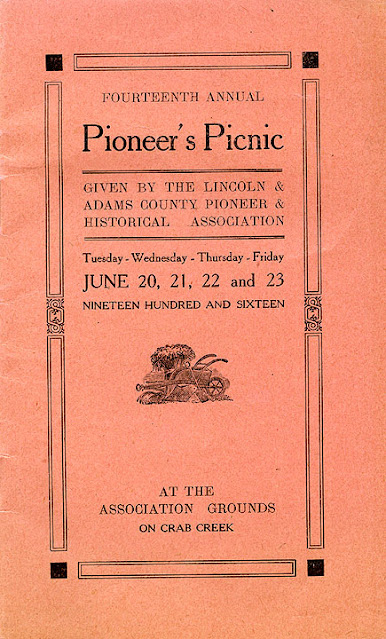 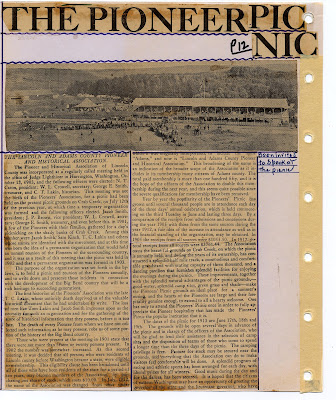