So Their Kids Wouldn’t Turn Into Blockheads

The sorting out process of life leaves less people each year to celebrate those birthdays that are connected with the makings of Lincoln County. One such event occurred the last Sunday in October, 1985. That’s when Irma Zellmer rang in her 90th birthday at the Davenport Methodist Church.

For those that don’t happen to know Irma, she is a friendly lady that has spent a large proportion of her years as a working partner with her farming husband. Irma is the mother of Judge Zellmer, teacher Vern, and Richard, who, with his family resides on a once stately farmstead. It’s been modernized, but in the pre-Zellmer days it was the show place for a lot of interesting early day social gatherings—but that’s another story.

If time could take us back three score and ten years, you would find Irma teaching kids of all sizes out at the old Sassin school (south of Edwall). Her scholars are now retired or have served their allotted time.

This flashback causes me to go on another school binge. . . so here goes. The Sassin one-room school was built in 1889. During that era other parts of the county were also busy building schools so their kids wouldn’t turn into blockheads. Just take a look at an old surveyor’s map of Lincoln County, and you will see that at one time there were over 60 schoolhouses dotting the country side.

Those quaint little schoolhouses are all gone now. The coup de grace came in the late 1920's and early 30's. Some were moved and used by farmers as granaries or chicken houses. Most of those rural teachers married themselves off to young farmers. Those educated ladies were considered real catches by the eligible bachelors.

It’s hard to believe, but a twinkle of the past still lives on. Over on the coastal San Juan Islands there is a classic one-room school whose bell still tolls for the dawdling students. It was built two years after Sassin pioneers laid out their school. It’s been operating continually ever since, and is now on the National Register of Historic Places. However, the school is plugged into the modern world via a minicomputer which kids use in their schoolwork. 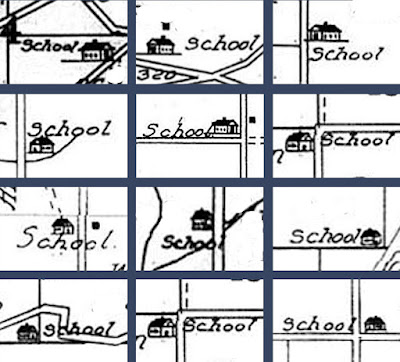 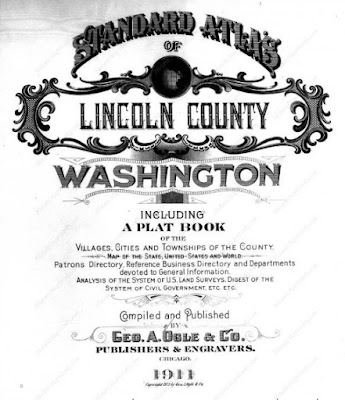