A Heritage That Was Later Forgotten

How did this guy [Mike Maurer] get started in life? First he left the bosom of his family when he found Aunt Emma and married her. This made it possible for Sidney, Orlin, Hiram, Trilby, Quentin and Ward to be born. When his family started to grow, Mike started up a cheese factory. But Washington was not Wisconsin. So he went in for straight wheat farming ’til he dove into his show place type of agronomy farming.

When the Maurer offspring reached the inquisitive teenage stage, a tennis court was built, and a place to play ball was laid out. For many years it became the headquarters on Sundays for all the youth to meet. While they were having fun, the parents also came to laugh and talk with other parents.

The Maurer mother and daughter team would, on Saturday nights, prepare food for the Sunday onslaught that would show up soon after the preacher closed his pulpit Bible. The tennis court, and the lawn were overloaded with ‘take it for granted’ neighbors. In the evening songs came from around the piano and other music making things.

The Maurers were located within a circle of settlers. These settlers, like most settlers, were fertile and had lots of kids. Mike knew this, so he donated land and time for a schoolhouse to be built, along with a woodshed for storing stove fuel. Also a barn for those kids that would rather ride a horse to school than walk. Those Rocklyn settlers also brought with them their religion, and they needed a place to put it down so they could use it on Sundays. Again Mike donated a pretty good chunk of farm land, so a church with an empty bell housing could be built. An ever-ready hitching post instead of a barn was added. Unless the preacher got too long winded, the tied up buggy horses never got too hungry between meals.

Yes, Mike Maurer was quite a guy in many ways. He and Ed Kruger built the first grain elevator at Rocklyn in 1914. Mike probably was the first amateur photographer in Lincoln County. He bought his first camera in 1898, and did his own developing. Many a historical picture came from his home studio.

During the hay-day of Maurer’s prosperity, five acres of park surrounded the entrance of their farm. A vine covered gazebo was in the middle of it all, and was used for those that wished to tarry for a spell. Mike was the happiest when he could make a lot of pretty unessential things grow.

Believing in higher education for their kids, Mike and Emma moved to Pullman, and bought a place that held some college boarding students, as well as their own for schooling purposes. Mike then began his active retirement by becoming the college campus caretaker.

Old Maurer’s long and progressive life could have ended on a more rewarding side, but it didn’t. After losing Emma to cancer, a couple of tries to find a successful retirement mate failed by a tragic auto death, and by other causes. It seems like many a pioneer farmer that broke trails in advanced farming methods, left a heritage that was later forgotten. 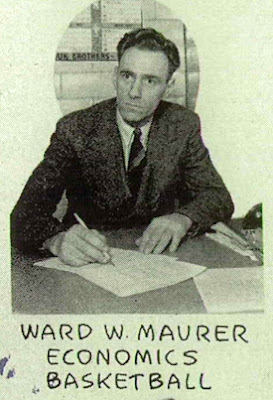 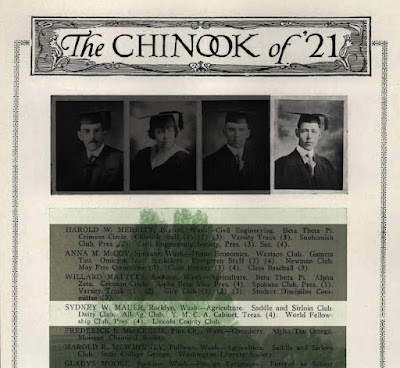 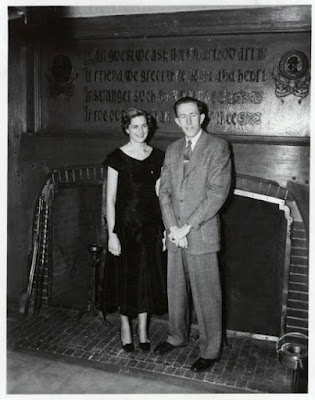 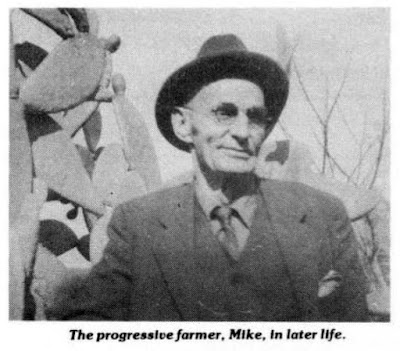