Now let’s go on to another Bloomsday character, Bert Russell from Harrison, Idaho. He is a humanitarian liberal who in his spare time writes books about early days in Idaho. Bert came in first on the Bloomsday 70 and over-the-hill department. One hour and 12 minutes after starting found him wiping the sweat off his face at the finish line.

There is a remarkable rejuvenation story about this guy. Like a lot of folks, Bert’s body had to have some work done on it. Repairs and certain things had to be rimmed out, like a prostate operation. It backfired on him, and he had to be worked over. A couple of years ago, Bert and his wife planned to take us on a river boat trip up Lake Coeur d’Alene. But that summer found Bert flat on his back with a lot of back pains. When he was able to live in a vertical position, he got some high class running shoes [and] then took expensive lessons on how to run. He wanted me to take the course. I didn’t, and I didn’t win either. However, I’ve graduated from slippers to running shoes.

Another friend who runs in the 60 and over group is Carl Erickson, a retired pharmacist. His blood pressure was way up there somewhere, and he had a funny acting heart. Since joining the traveling runners, he wears a happy smile and enjoys collecting T-shirts and blue ribbons.

Although Don Thulean doesn’t pound his feet in any run for fun programs, he sometimes does jog from his home to the opera house, a good 40 minute workout. The swallow-tail coat he wears during his arm swinging programs is window dressing only. He is truly a nature guy. During one of our annual picnics Don’s only main dish was a large thermos filled with lentil soup. His healthy eating habits caused some of us to squeeze lentils in our diet.

Finally, a short review of Spokane’s most colorful character, old Ben Kizer; a humanist that was loaded with common sense and determination. Besides being a lawyer, he did a lot of things for our country; United Nations. China, etc.

He cashed in a year before reaching the century mark. To me Ben was a living example what a lot of walking can do for your health. As a young law student he had a nervous breakdown. From that time on, he walked seven miles a day! That was his way of dealing with stress.

Every Sunday when our church pow wow ended, old Ben Kizer would leave at once for his brisk walk that brought him back to his favorite eatery. He was a vegetarian. The restaurant always had a specially prepared bowl of salad waiting to be used by Ben for devouring purposes.

In his last days he could be heard talking to himself, “Ben you are getting old, you will make mistakes.” About four years ago on his last day at church, Ben came walking out from the surrounding woods, lost. I knew then that his computer system was petering out. I miss the old guy, even though he has been gone for quite a spell. 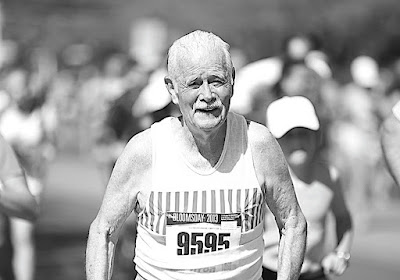 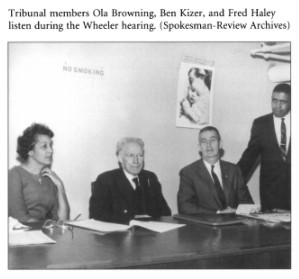 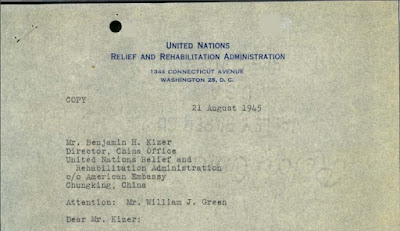 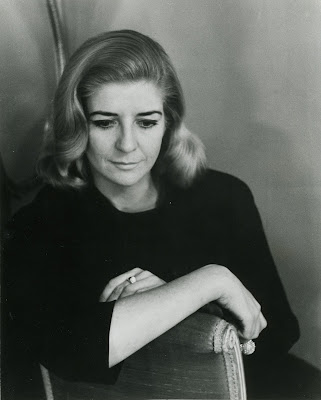 Carolyn Kizer / DigitalAchives.WA.gov
[Carolyn] Kizer was born in Spokane, Washington, the daughter of a socially prominent Spokane couple.[2]
Her father, Benjamin Hamilton Kizer (1878–1978),[3] who was 45 when she was born, was a successful attorney. Her mother, Mabel Ashley Kizer, was a professor of biology who had received her doctorate from Stanford University.
Kizer was once asked if she agreed with a description of her father as someone who "came across as supremely structured, intelligent, polite but always somewhat remote". Her reply: "Add 'authoritarian and severe', and you get a pretty good approximation of how he appeared to that stranger, his child". At times, she related, her father gave her the same "viscera-shriveling" voice she heard him use later on "members of the House Un-American Activities Committee and other villains of the 1950s, to even more devastating effect", and, she added, "I almost forgave him."[1] -Wikipedia