Shocked at the Town’s Conservatism

It’s been half a century since Roosevelt beat the socks off of Alfred Landon. By the way, did you know that old Alfred is still alive?

During the Landon-Roosevelt election time, a lot of small town excitement happened to me. Getting ready to vote for the second time for Roosevelt was a big deal. From the primaries on, each Wednesday night after taking in a talkie movie at the old Talkington Theatre in Davenport, a group of us political critics would meet at Doc’s Service Station. The ‘meeting of the minds’ room was located between the toilets, and a row of hand cranked oil pumps.

Those spit and argue meetings usually consisted of Wilmer Boyk, ‘Doc’ Rude, ‘Dutch’ Van Hook, and old Ken Smith. They represented the firm believers in the Landon’s remedies for curing the depression. The liberals were some newcomers to Davenport, who were shocked at the town’s conservatism.

It was there that I fell prey to my first, and only gambling venture. The evil of betting raised its ugly head when our Republican friends were mislead by an unreliable literary magazine pool that was predicting a Landon victory. 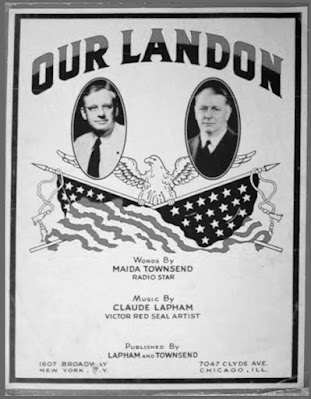