A Political Battle Broke Out

Now let’s go back to that neighborhood General Store on the Saturday before the Wilson-Hughes election.

No physical violence occurred, but words flew thick and fast. George Sweezy appeared to be the only level headed farmer there. He tried to be the balance wheel of reason. My dad’s only defense for switching parties was that Wilson promised to keep us out of the war that was brewing in Europe. Mike Maurer who knew a lot about politics, tried to out shout everyone. Henry Kuch, the only registered Democrat there that afternoon, took a verbal beating.

Most Rocklyn citizens left one at a time, after shouting their final view points. None stood long enough by the door to wait for replies.

That night, several political signs were torn off telephone poles. The following Sunday at church, the flock was wondering who in their midst was the one that tore ‘Vote for Wilson’ signs down. The guilty one must never have figured it was a sin big enough to cause trouble from above. 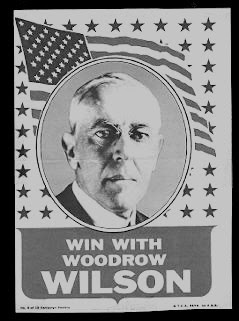