Truman? What a Guy!

Going back not so far to the more exciting political days of the past, the Truman-Dewey contest and the Eisenhower-Stevenson race to the White House were the last election night parties were held around Rocklyn. Just before the Truman-Dewey election night in 1948, we had just finished undertaking the first extension on our house. It was named the ‘front room’ in memory of a room that was missing since the house was built.

So a semi-open house and election return party was in order. The placing of three radios had to be put in strategic places. Sugar scattered junk food throughout the house for nervous neighbors to chew on. Soon the house was full of Republicans, Democrats, Fundamentalists, and those that didn’t give a darn.

For excitement, the Truman-Dewey contest for the White House was one show that was hard to beat. Most of our crowd that night loved Truman. He was a man of strong convictions. After doing what he figured should be done, he let the political chips fall where they chose. He not only countered a nationwide Republican swing, but had to overcome split-ups in his own party.

Old Senator Thurmond didn’t like Truman advocating civil rights for blacks, so he jumped the fence and dragged with him over a million and a half southern voters to the States Rights Party. Also, Wallace did the same thing when he ran off with the same number of voters to form the Progressive Party. All because he couldn’t see eye-to-eye with Truman’s anti-Soviet stand.

All those happenings caused Truman to jump on a back end of a train and take his problems to the people. By so doing, he upset all those who had forecast his certain defeat.

Truman? What a guy! No wonder Reagan and Mondale used him as an example of a great American during their political campaigns. 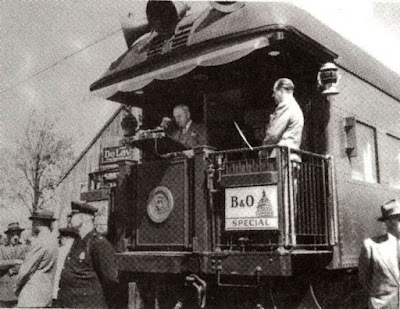 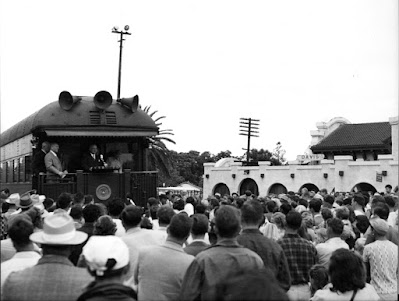