Let’s go back to the summer of 1902 for some condensed facts on this guy, Harry Tracy. It’s no use now to digest his life that landed him in the Oregon penitentiary. But while there, Tracy didn’t want to serve out his prison term so he killed a couple of guards and took a cell mate with him. The two bad guys were successful in dodging the law. Tracy and his pal, Merrill, soon began getting tough. Upon entering farm houses they announced their names. Being sadistic, the two liked to see scared settlers shake. By standards of the old west, they were very dangerous guys.

After taking a couple of saddle horses without asking, Tracy figured he could make better time if he shot his convict pal in the head, which he did. Merrill’s horse could carry a lot of things Tracy needed for a successful escape.

Tracy and his horses then crossed the Cascades and made a trail that led to the Lake Creek country. He wound up at a stock ranch that later belonged to Charley Ensor. Harry Tracy caused a lot of excitement around these parts. About everyone wanted to get in on the act.

Tracy was nothing but a cur of the lowest type who lived a miserable and murderous life. Besides that, he was a nut. Tracy, sitting high in his saddle, led a pack horse through our exposed territory. It didn’t make sense - however, it did throw the law officers off course as they were looking in places where normal outlaws would travel - tree covered canyons, etc.

When rewards for Tracy totaled four-thousand bucks it made him a star criminal overnight. He was on the lips of every citizen from the Pacific Ocean to the Idaho border. About everyone had a cooked up idea about what they would do if they encountered this famous outlaw.

During this Harry Tracy saga, my dad was living on a Lake Creek homestead. Dad and his partners agreed that if Tracy was to get the drop on them, they would advise the outlaw to take their white saddle horse. Dad’s theory was that a white nag would make a good spotting target for the Sheriffs. 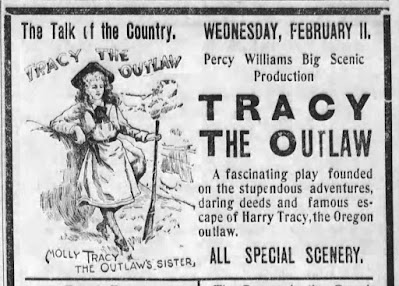 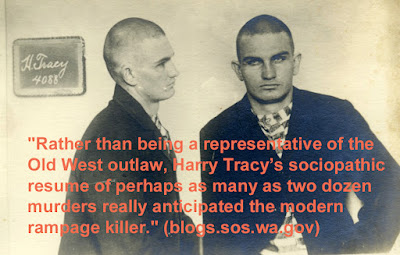 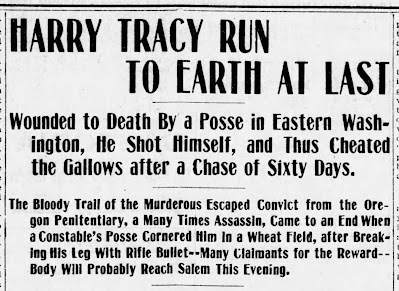 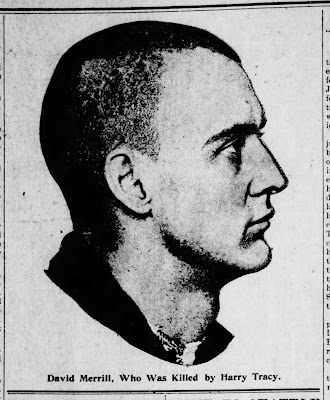