Besides That, He Was a Nut

Does anyone know about a saint that I could write about during our centennial year? It would be more of a constructive story for the records than writing about an outlaw like Harry Tracy. I shudder when I think how desperados filled our history books. I’m told by some of my friends that we are supposed to be born stuffed with the original sin. It looks like some couldn’t wiggle out of that ‘so called’ curse, and turned into criminals.

It was over 84 years ago that outlaw Tracy tried to pass through our territory. It did give a lot ot “good guys" the opportunity to shoot at him. When the bullets started flying in his direction it discouraged him so badly that he killed himself.

Yes, desperado Harry Tracy’s life ended out here at Lake Creek not too far from the old Janett open space rodeo grounds. Ever since Tracy’s death scads of stories have been written about him.

In fact, last year Sugar got a letter from a writer in England. He wanted to know some added details about Harry Tracy. It could be that the British Isles are getting tired of Sherlock Holmes stories. Just recently, the legendary story of Tracy popped up in True West magazine.

About 32 years ago Ronald Reagan was able to get a job presenting the TV show, Death Valley Days. It was during this time that General Electric produced their version of Harry Tracy’s escapades. It was a flop as far as the truth was concerned. They had that dangerous guy, Tracy, wandering out of Death Valley where all the desperados were supposed to come from. Eventually, with guns smoking all the way up to south of Creston, the big climax set in. The General Electric producers continued to manufacture more false scenes by having the Spokane County Sheriffs in on the shoot-out with Tracy. The towns of Davenport and Creston weren’t nationally known enough to consider the truthful story. 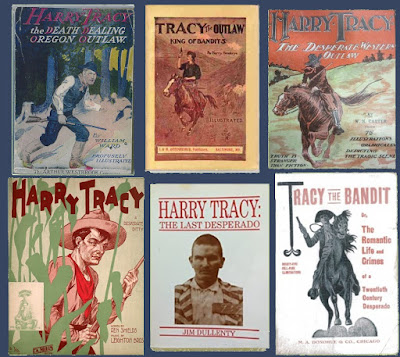 "...scads of stories have been written about him." 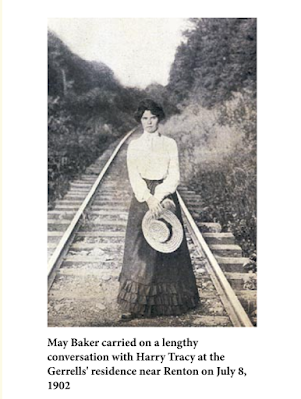 256 pages of everything "Harry Tracy"