Charley's...Life was a Busy One

By now, Charley [Kik] began taking over the enterprise by starting a housing project and named the new district ‘Charlestown.’ From the government ammunition dump, he was able to buy all their empty ammunition boxes. These novel homes were built with these sturdy boxes. The outside walls are over a foot thick and are earthquake proof.

Then Charley went into the boat manufacturing business, by using a construction building that was left over after completing the dam, He named his boats, ‘The Umatilla’, and designed them not to tip over, and to stand a lot of rough neck usage that water speeders love.

Having summertime dances on Charley’s flattop house roof was possible, because it was made of fiberglass, the same goop he used to make the boats. For diversity, Charley opened up a night club that had a lot of noisy live music. Also a busy car shop, where he won a trip to Japan for selling lots of Datsuns.

Since Charley didn’t fall flat on his face in his ventures, he went on to build a first-class speedway race track. It has a grandstand and pit where tires are changed without the driver ever getting out of his smoking rig. Race drivers came from all over—wrecks were quite popular with the spectators.

Later, when the racing circuit sort of got pooped out, Charley and his son got interested in a faster kind of speed stuff. They went down to Salt Lake and tore across those salt flats real fast in a racing car. One of their last ‘fun run’ enterprises was when they built a drag strip, so people in Umatilla County could see drag racing. Charley’s son, Bill, drives a rig that has drive wheel tires that look like rolling barrels. Way out in front on this rig is just a couple of heavy duty bicycle wheels. The motor is something else. It’s made to roar a lot for a very short period of time.

Charley’s past life was a busy one. He has now settled down for such vacation stuff as a condominium in Hawaii and in the States - a land cruiser on wheels. He and his vivacious wife, Flo, are now enjoying their perpetual State Park—the land Charley knew so well before McNary Dam turned that familiar spot into a paradise.

I never had any dams built in my back yard to stimulate progress, so had to settle for a his and her car and a camper that I can’t stand up in. 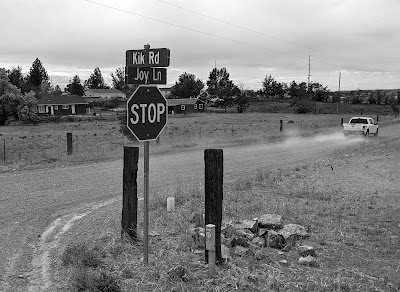 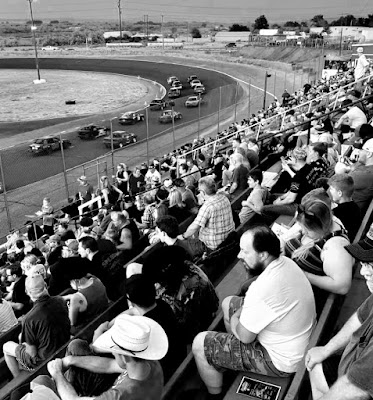 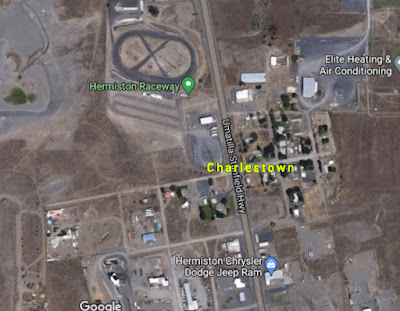