In 1933 when Davenport was aging prematurely from the depression a young lad landed in town by the name of Paul Clark. This rooky mechanic found a job at Hernas Chevrolet Garage.

After a spell, Paul created a desire to branch out on his own. A partnership was formed when he embraced Frank Reinbold. The two rented the Lewis building, and grabbed a hold of the Case Machinery Agency. Soon Paul’s skill as a mechanic outgrew their cramped quarters. A venture was undertaken to build a combination large modern shop and machinery display building.

Upon completion, they qualified for the Caterpillar and John Deere dealership, as well as holding onto the Case line of farm equipment. A salesman was needed, so the Clark-Reinbold set-up formed a third party chain. For a period of time they had the largest farm machinery and shop business in Davenport. (The title still stands.)

The two original partners knew the farmers’ needs quite well and got scared when their new charged-up partner tried to sell farmers more machinery than they cared to lug home. It was luck that these two sold out their interest to this man with different ideas. Alone, without any shop or practical sales experience, it was easy sailing for partner number three to go broke all by himself.

This turn of events launched Paul Clark on a catering type of mechanical service. He consolidated his tools, and loaded them on a pick-up that was converted into a mini mobile shop. In no time he was ready to make house calls at the drop of his hat, and to administer on-the-spot fix-em. Paul soon became known among farmers as the ‘shade tree mechanic.’

Many a tractor and other farm-power units throughout Lincoln County owe their lives to Paul Clark. This popular traveling mechanic made breakdowns less stressful for his farm patrons by displaying his repair process, whether it be under a shade tree, an open field, or in the farmer’s shop.

In the spring of 1985, after 32 years of farm to farm personal service, Paul handed over his wrenches and the traveling shop to Carl Thiringer who hopes to live up to Paul’s unique service and reputation. Paul and Elizabeth are well known landmarks in the Davenport area. They have launched three daughters successfully into the world. Elizabeth, a Reinbold by birth, captured her love for flowers and other living things from her parents. Usually you will find her down at the Davenport Gardens. 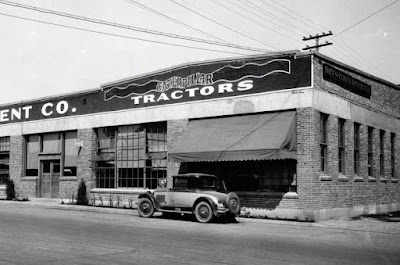 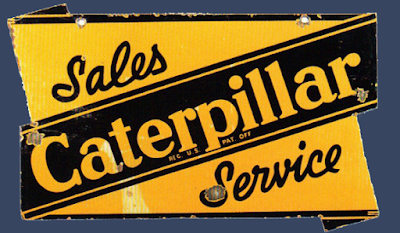