In the early car days when guys like Henry Ford and other car makers put their products on the market, self-taught mechanics began making their appearance around Davenport. These know-how guys were available to go from place to place fixing clunked out motors. Instead of carrying a little black bag like doctors once did when making calls, these mobile mechanics carried a box of tools that increased in size as their knowledge increased.

Motors that exploded gasoline for power were very foreign to our ancestors. They did not know what a dismantled motor with a lot of round holes was for, so naturally they were at a loss to what made the crankshaft turn. The average settler did know how to use a monkey wrench, providing the bolt heads were square.

As a kid, I remember why Hiram Maurer and Roy Borck were such important persons around here when a motor wouldn’t motorize. Hiram took a deep course in mechanics but Roy just happened to watch other smart ones and remembered what he saw. Both were equal in fixing motors that gave out.

Rocklyn’s first mechanics were busy teaching new owners of horseless carriages to remember to take care of their new vehicles and a few starting rules. When dad became the legal owner of a Model T Ford, [on] the second day he forgot to turn the magneto switch on. After nearly cranking his arm off he called Hiram Maurer. In no time Hiram had the switch turned on for dad.

One of Roy Borck’s first mechanical calls for help came from cattleman Gus Kruger. His Model T Ford wouldn’t budge from his barnyard. A gallon of oil took care of the oil-starved motor, but Roy’s oil treatment didn’t help the burned out connecting rods any. Gus was reminded to feed his Model T a little oil once in a while.

These new breeds of mechanical guys were able to handle most overhaul jobs with very few fatalities. They proved their fixing abilities by over-tightening most motors to where it required a team of horses to drag the vehicles to a start.

One of Davenport’s first independent mechanics that dealt with the motorizing public was Cliff Palmer. The early 1920's were the days of wooden battery cases and tires that never saw a life span over 5,000 miles. Cliff’s all-wooden car repair clinic looked more like a reconditioned blacksmith shop - except the walls held all kinds of wrenches that were shaped to fit motor bolts. A fire wiped out this landmark so Cliff hired out his mechanical skill to contractors that began building the Coulee Dam. 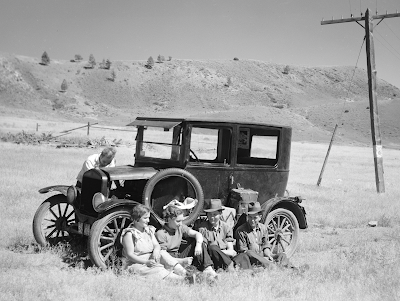 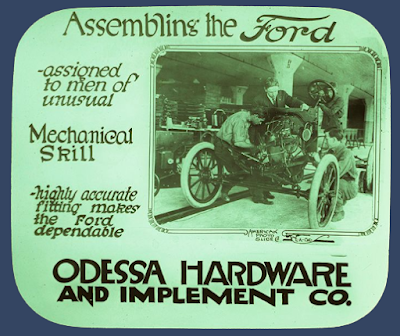 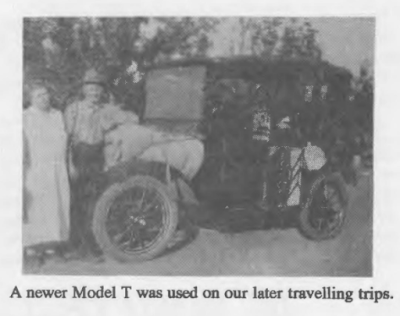 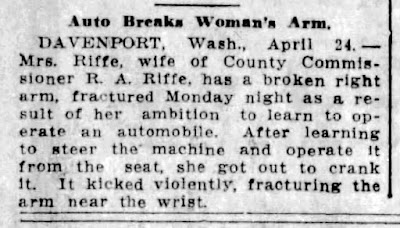