A Town in Just the Right Spot

As soon as Wild Goose Bill got put into a grave, Millie, the female star of this tragic story, started again to share togetherness with Jack Bratton. When the two strayed into Wilbur, Bratton was arrested on a charge of fornication.

A jury was rounded up to hear the bare evidence. The moral jury found Bratton guilty of gross lewdness. This gave the judge the privilege of fining him 60 bucks. Jack Bratton’s pocketbook was empty. Millie, the freewheeler, had to convince the judge that Wild Goose gave her several head of horses which she hurriedly mortgaged for $60.00, so she could get her lover back, debt free.

Throughout the ages, many a woman has turned a man’s head in the wrong direction. Old Wild Goose was no exception. He was pushing sixty, and felt the twinge of aging that short-circuited his mind when a younger lover offered his mistress more excitement. We must remember, there were no psychiatrists sitting around in the sticks in those days that old Bill could call upon to spill out his personal problems to.

The citizens of Wilbur have long forgiven the father of their town for his lustful ways in his later years. In his memory, each spring a celebration is thrown in Wild Goose’s honor and for his judgement to start up a town in just the right spot in Lincoln County. The event is called “Wild Goose Bill Days”. 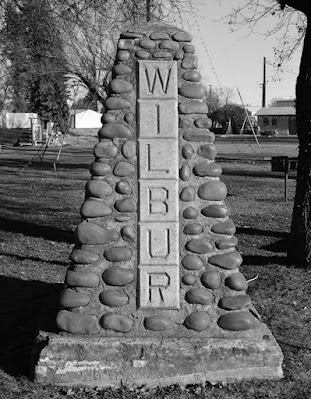 Another version of "Wild Goose Bill" 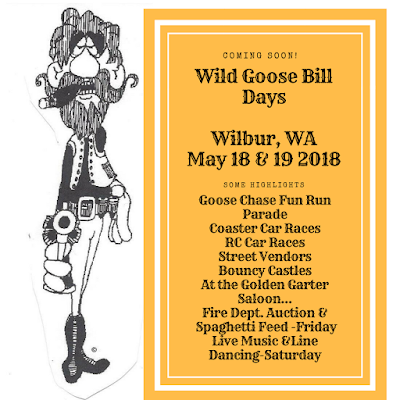 Yet, another version of "Wild Goose Bill"