About all the water that’s on its way to the ocean gets halted at dams, then is carefully released to turn out lots and lots of kilowatts. Also, smart power-minded people are starting to hold up water in irrigation canals for a moment or two, and then guiding it through generators. Huge vase-shaped nuclear plants are setting here and there. Some are doing nothing because of danger and cost. Extra large-sized wind generators have been erected on wind-swept hills just south of our wheat producing paradise.
Soon a mammoth coal-hungry electrical plant will be built in our midst. Right-of-ways will plow through our territory, so wires loaded with electricity can reach power-hungry spots. Railroad expansion days will be revived. Brand new connecting tracks are going to grace our landscape and rail beds will be beefed up. All this, so a steam plant at Creston can help shove more electricity into service. Coulee Dam and all its helpers just simply cannot handle these awful loads any more.
(continued)
"We’ve Gotten Used To Electricity " Kik-Backs, page 77, part 1 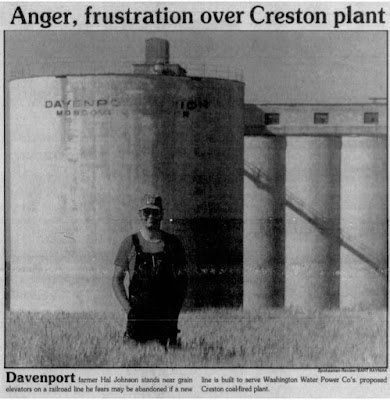 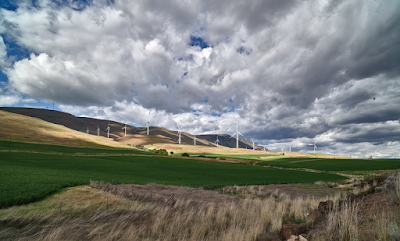