When the Steam Plant Plants Itself

At first, I was excited when Karen Dorn, news director for Channel 7, asked me if I would rustle up a few Creston citizens for an interview on how happy they feel about Washington Water Power making a steam electrical plant in their own back yard. Later she said a TV crew would come down to Creston. It was supposed to be aired nationally on Public TV this fall as a special. But it now looks like such educational funds have been cut off.

Since visiting with Karen about all this stuff, the flair for excitement has left my mind. I wish the whole thing would go away like a bad dream, Yah, I know you’re right, we can’t and shouldn't stop progress, but I’m scared that our own local environment will be cluttered up. We are but a few that can still frolic freely in this beautifully-decorated spot that Nature has so generously provided for us.

I don’t care where you look, one can either see exposed lava coulees, mountains that are not bare, rolling hills that are full of wheat and lots of ground just waiting to be seeded this fall. What fun it is to farm in such a neat place and help feed the world at the same time.

....Let’s face it, it won’t be the same when the steam plant plants itself by Creston. Making electricity without using falling water, wind or sunpower is hard to do. Nuclear plants are kind of scary, so we may have to get used to acid rain, rambling coal trains from out of state and maybe funny smelling air.

Washington Water Power may even mar out Creston Butte by sticking more stuff on it for sniffing sulphur and other dangerous things. More excitement, good or bad, will exist at Creston. Part of this burg could become known as the Creston Strip, if they start taking care of all the lonely workers after dark. Hard-rock citizens will just have to learn to cope with a swelling population.

On the pride side, when the steam plant gets to puffing away, new road maps will surely come out with larger lettering for Creston. This slight gain or recognition won’t excite some of us too much. Oh dear, why couldn’t WWP place its power plant where it would improve some naked territory? There are a lot of God-forsaken spots that are just taking up space on our geography maps. 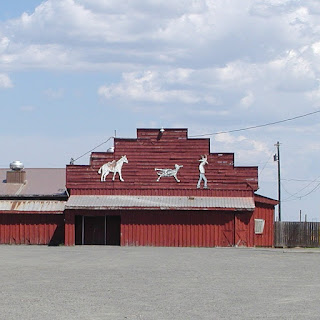 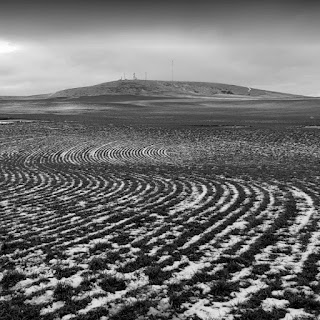