Sneaked Up on Old Judge Nevins

When Judge Nevins passed away in 1963, the Davenport Times was asked by a reader, “How come there was no picture in the paper of the deceased judge?” The next week’s Times printed the answer to this reader’s question. It seems years before the judge’s retirement, a photographer was sent to get some pictures of Nevins. This is what Judge Nevins told the photographer: “Once, years ago, I was seated inside of an outhouse on a nearby farm when a startling shreik sounded outside of the door. In alarm, without thinking, I kicked the door open to see what was going on. I heard a shutter snap and saw a friend standing there with a camera pointed directly at my somewhat exposed frame. I arose, made some necessary adjustments, and attacked, destroying the film in the camera."

“There has never been another photo taken of me. And there never will be.” This concluded His Honor’s statement.

That’s what the judge thought. Sugar’s brother-in-law, George Mielke, at considerable risk, sneaked up on old Judge Nevins at a Harrington barbeque and snapped a picture of his honor’s face. It was the only known picture ever taken of the judge. In memory of a unique judge, Judge Zellmer had an enlargement made of George’s prized picture. It’s now hanging on the court room wall. 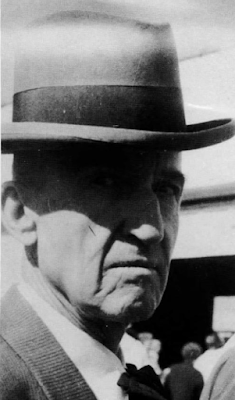 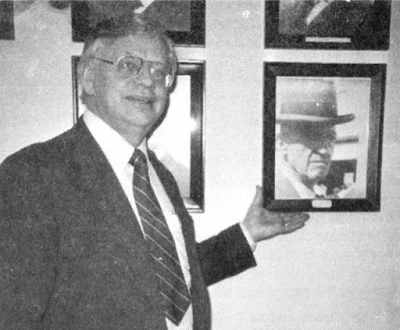 The present Lincoln County Superior Court Judge, Willard Zellmer, enjoys the history of the late Judge Nevins who passed away in 1963. Judge Zellmer is standing by a picture of the unforgettable judge who Zellmer describes as part of the folklore of Lincoln County.