Only a Cowboy Would Know

In 1928 Ben [Fitzpatrick] also got lonesome. He locked up his shack, leaving about everything intact, and beat it to Spokane where he lived in various uptown hotels. Wheat rental income that he got from his lucky quarter was wisely invested by his brother, Jim, who put it in city service stock. The last days of Ben’s life were spent with other old timers. Having no family, it gave him the comfort he needed.

In 1969 intuition told me Ben’s shack was approaching it’s final days. It would be just a matter of months before the end would come; so I took home his old time encyclopedias and the old table that I ate upon so long ago.

In the spring of 1970 the end came during a good, old-fashioned chinook wind. Seeing the twisted remains lying there was like saying goodbye to a dear departed friend. Sugar insisted that we pry the dead lumber off of Ben’s old bed. She has since restored it, and it is back in service in our guest bedroom.

In closing, I’d like to mention that Ben acquired his dad’s old chaps. They were made like trousers, except the seat was missing. The reason? Only a cowboy would know. These chaps of pure leather, trimmed with black curly goat’s hair, were made to last forever. They were stored in our grainery and mice made their winter home in those chaps for years. Too bad Barney’s old chaps didn’t wind up in the museum. 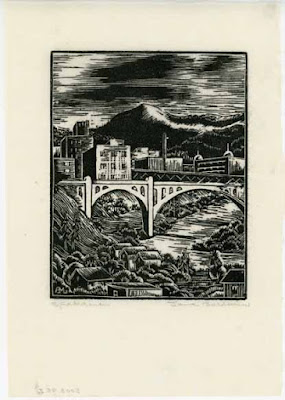 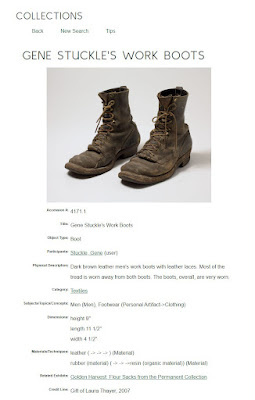 "Too bad Barney’s old chaps didn’t wind up in the museum."
Gene Stuckle's boots did end up in a museum (Walt's renter)