Make a Cowboy Out of Me

During the winter months, Ben [Fitzpatrick] stayed with us. He was a lot of fun, and would play with my sis and I. In the winter of 1917, Ben promised me a weekend over in his cowboy shack.

That spring, sure enough, he rode over on his saddle horse and said he wanted to make a cowboy out of me. I kind of froze. Other kids would have jumped with glee, but I wasn’t filled with that kind of glee. I was glad my arms had grown long enough to reach around Ben’s waist. I withstood it until he kicked the horse into a fast gallop. My eyes didn’t open until Ben told me to look at a horseshoe he had nailed up over his cabin door for good luck.

Upon entering his place, he told me I was as welcome "as the flowers in May." He had a large bowl of wild flowers on his small table. When it got dark, he lit an oil lamp that was setting on a perch. It felt crowded, but cozy.

It was like dumping five rooms into one, with everything handy. His small stove held a large frying pan and a kettle of leftovers. His “going to town clothes” hung on some spikes below a wall-to-wall shelf that was filled with encyclopedias and old books.

His master bed took up [all but?] about 20 percent of the available space. To the left of his only window hung a large calendar put out by a mineral company. It had a picture of a lovely lady sitting on a rock, cooling her legs in a pool. It awoke my first sexual awareness.

Being that I was Ben’s guest that night, he opened up a brand new can of sardines, and fried up a bunch of potatoes and eggs, that only a bachelor and a hungry kid could enjoy. The sardines were for dessert. That night I couldn’t sleep, as I was busy trying to figure out how to tell Ben I didn’t want to ride back home with him on the damn nag.

Next morning, when Ben was cooking a kettle full of overnight soaked oats, I told him my fears. Good old Ben understood. He said, “That’s okay, we’ll walk back through Lonesome Canyon." Golly, it made me feel so good all over, to the point where even the oatmeal mush tasted good. That early day walk back to my home with Ben gave me my first desire to go hiking and snooping. I still enjoy doing it to this day with Sugar.

Walking along with Ben, while he told of his many stories, was fascinating. He loved telling about the Indians he associated with in his early days. Ben was born in 1865, and checked out in 1948, so lived during the juicy part of Northwest Indian history. After showing me where he found some Indian artifacts, we crossed the creek and beat it to Lonesome Canyon.

About half way up the deep draw, I asked Ben why it was called Lonesome Canyon. He pointed up to a rib cage that had a horse’s skull laying at one end and told me that the horse got lost in this canyon and died from loneliness. It was a sad story and that’s why I believed it until I grew out of puberty. After all these passing years, that canyon is still known as Lonesome Canyon. 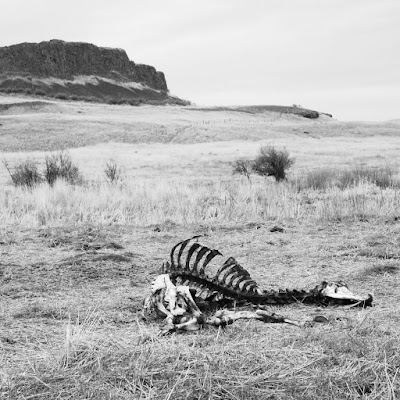 "He pointed up to a rib cage..."
Washington Trails Association / Towell Falls 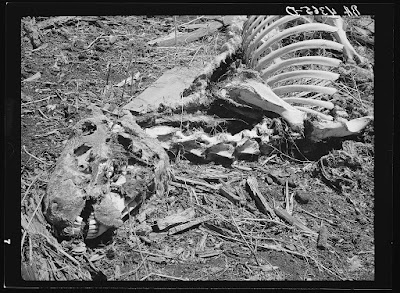