In 1914, Ben’s brother Jim [Fitzpatrick], offered him a position in a new venture, the Union Iron Works. Ben had to make a decision. His tearful mother didn’t want to leave her prodigal son out of her will altogether, causing Ben to fall heir to 80 acres of bunch grass. It joined the long canyon that once belonged to his father. If he could not get the other 80, he would grab his brother’s offer.

Ben knew the other free wheeler that owned the adjacent 80. He lived at the Coeur d’Alene Hotel in Spokane. The two got together, each wanting to buy the other out, but both lacked dough. Each was convinced that his land holdings were not large enough to make it worth leaving Spokane.

The two guys decided on a poker game. A lot of hullabaloo got to rolling in the entertainment center of the Coeur d’Alene Hotel that evening. Papers were drawn up and signed, with 160 acres of untouched soil at stake; winner take all. That eye-bulging poker game got underway when darkness set in. Witnesses had the ringside seats. By 2 o’clock in the morning, Ben had all the other chips, and became sole owner of enough land to change his wicked ways of living.

Ben Fitzpatrick buried his deed to his land in a safe place, thanked his brother Jim for the partnership offer, hung up his night life on a nail and beat it to the Davenport area. He found a place to stay out at Herman Maskenthine’s farm, located just south of his now enlarged holdings.

That winter, we had a party at our house that included an accordian, a mouth organ, the younger Maskenthines, others, and Ben. Somewhere between sandwiches and midnight, Ben asked my dad if he cared to break up his land and farm it. At that time Dad only had 310 acres of farm land. Those two guys came to a verbal agreement.

Before spring, Ben, Dad, and some horses pulled a one-room house over to Ben’s place and left it above a spring. They chopped out a large log for a watering trough and built a barn so Pop’s work horses could have an extra home. 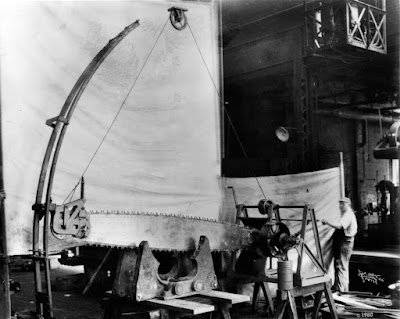 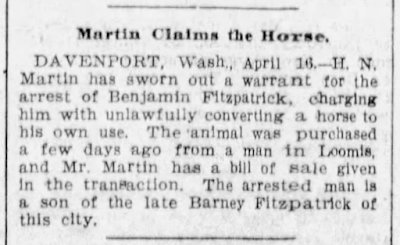 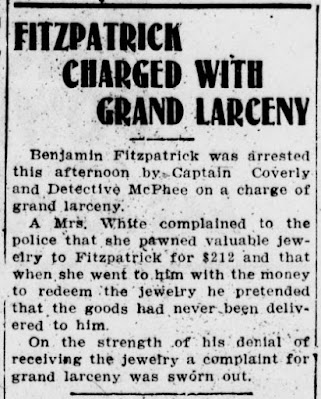 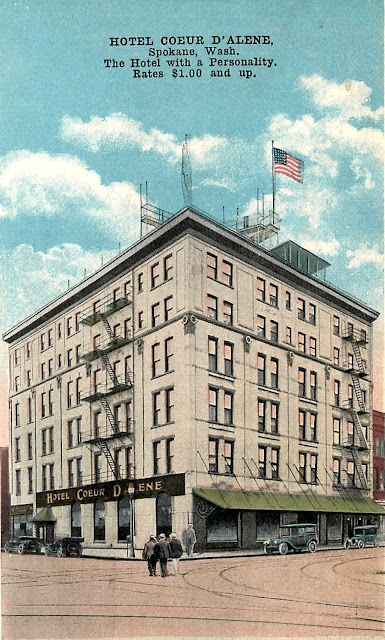 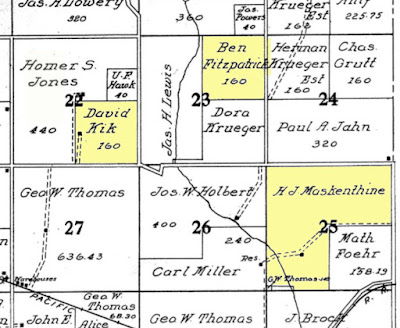