Ladies Could Not Vote

The spring of 1890 was remembered as the ‘hard times’ period. Land wasn’t worth a dam, and business slowed to a halt. Each each community in the county suffered from short crops, and an unusually severe winter. They just had to be patient and set back to wait for a bumper crop to come along.

But progress was being made in 1889, too. The Central Washington finished laying all its tracks through Lincoln County that year. The railroad had high hopes that farmers would soon have all those squirrels slaughtered, and have lots of wheat to ship out.

Now let’s look back a little on what the country was like outside of Lincoln County in 1889. The United States population was 60 million. It has now spread to four times that number. The Christians were singing, "Trust and Obey" and "Standing on the Promises." These two hymns had just been written at that time. The book on the best sellers list was Mark Twain's "Huckleberry Finn." The towns of Seattle and Spokane that were in the process of growing big got wiped out by fire. The telephone wasn’t put to use until the year before statehood. And it was 11 years later before aspirin could be swallowed for headaches. Ladies could not vote in 1889, no matter how smart they were. I remember mother took a lot of razzing when she was allowed to vote in 1920.

With no radio or TV, and maybe no catalog to look through, those early settlers had plenty of time in the evenings to listen to the wind whistling through the cracks, as they dreamed of the future. Naturally, life was a little different in 1889. 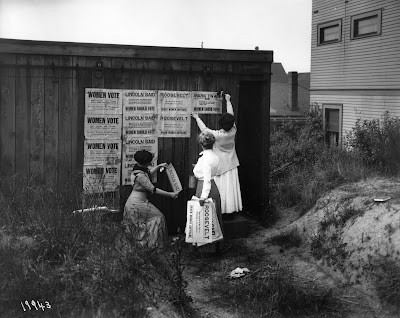 "The Central Washington finished laying all its tracks through Lincoln County that year."