The year before the State’s Golden Jubilee Celebration, Davenport put on its first post Depression fair and parade. A big circus tent was put up along warehouse row, so Lincoln County could have a fair, of some sort. It turned out to be a big success. I took movies of that eventful parade and fair.

Jean Chase (Reinbold) was chosen fair queen and rode on an evergreen covered car top. Times editor, ‘Scoop Herring’ rode in a buggy down parade street dressed as a semi-fat lady. The Wilson Grange float had a makeshift thrashing machine that was made out of a discarded fanning mill. Cowboy Harry Schneider had his legs hanging over the edge of the truck bed, while singing and thumbing out western music on his guitar.

Other truck bed Grange floats followed. Of course, there were scads of folks riding on top of their favorite horses, which made up about 70% of those early day parades.— During those years, Fred Magin made a perfect Abe Lincoln as he drove his horse-drawn rig. Paul Jahn, in his special racing cart, was pulled by a spirited race horse. His rig brought back memories of earlier fair races that were held at the old fair grounds. 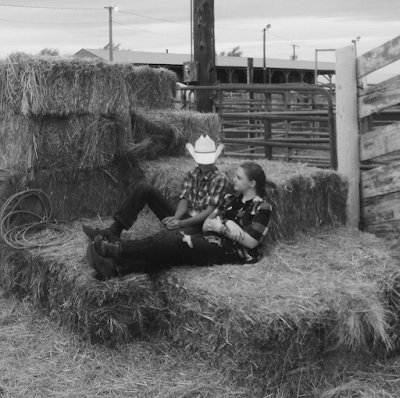 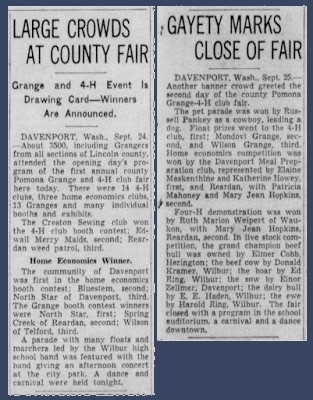