When my body reached 81 years of living, I realized more than ever that I am with a group of older folks that also did a lot of living in Washington since it became a state. It is now time to reminisce a little about a century of events.

The population of Lincoln County wasn’t too bad off a 100 years ago. There were only a few hundred shy of people from what it is now. [*] As far as hazy records show, those that were born in the state during 1889, and stayed here, never made it to 1989. But we have to consider that those old settlers had rough going, so they just didn’t have a chance to last as long as we do now. There was no magic ‘know how’ to wipe out a lot of those scary diseases. Also their eating habits weren’t so hot either. They ate too much beef and salted pork—even soaked their bread in bacon drippings, and that was considered a delicacy. My German relatives called it ‘nydunga’.

Also, a century ago, other living things like cows, bulls and steers didn’t have it so hot either. Most of them perished during the winter of 1889-90, because it got mighty cold. Before winter closed its doors that year, 10,875 sheep in Lincoln County couldn’t take it either. Even with their heavy coats of wool, they just shivered to death. 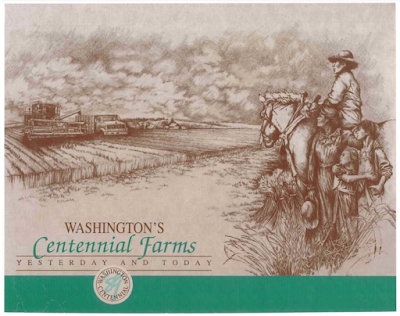 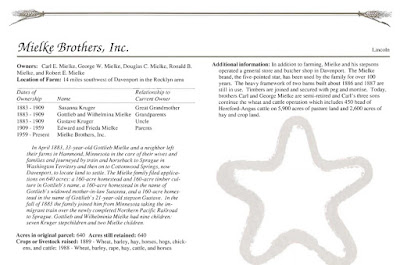 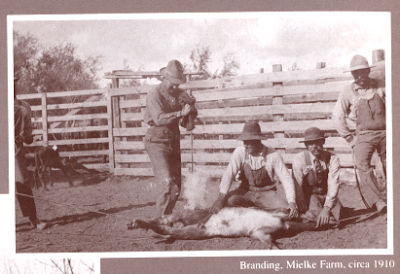 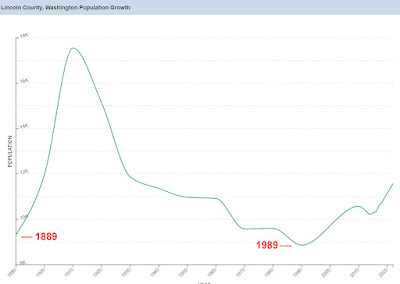 *The nearly identical population count between 1889 and 1989 is obviously an anomaly when you notice the population almost doubled by 1910. Advances in harvesting equipment automation probably contributed most to the decline. -PK 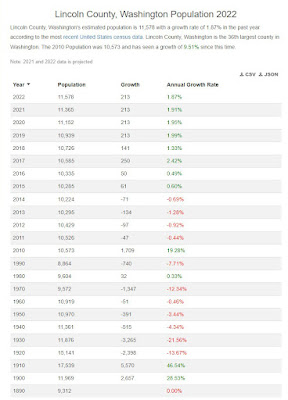 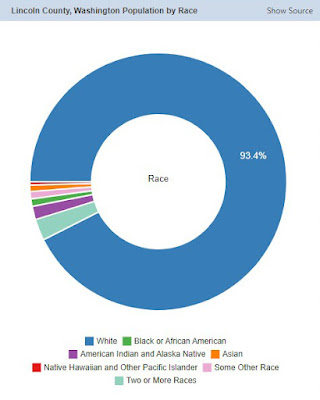