Looking and Giggling and Hoping

When we really got snowed in that winter [1920-1921], reading “Snowbound” by John Greenleaf Whittier was a big help. Living indoors seemed more exciting. The poem book also brought out new beauty to the snow covered outdoors.

When cabin fever set in, the community invented what was called the “Surprise Party.” This shindig usually happened on weekends. If a week or so passed and no word got to your ears about a pending party, you could bet your excited heart that home was the one they would target in on. Usually by sneaking up in the dark and busting in your back door, yelling, “Surprise!”, you knew another party had started.

The fun included circle and handholding games, plus a midnight potluck supper, and a cold sleigh ride back to the various homes. It was a blast, causing everyone to feel good about everybody.

There was always one or two that were the life of the party. Benefits from all this fun ran heavy for the halfway engaged couples that were ga-ga about each other. The non-committed guys and gals were looking and giggling and hoping for the best. Parlor games were fun, but tame by today’s standards. Adolescents, of which there were a bunch, had a ball. The matured ones made us feel grown up when they let us join in.

The Grobs and the Maurers had the largest homes for holding these active fun things, but there was no discrimination. A “surprise” was given at the home of Rudy, Elmer and Emelia Scharff whose house was not much larger than an old-time threshing outfit’s cook house. Board benches were set-up and entertainment was designed to fit the house that night.

Rudy had just returned from a single man’s trip to California. He reported on his adventures in the land of no snow, where he fell for a living doll he could not bring home with him. The rest of the evening was followed by record selections played on his hand cranked Victrola. 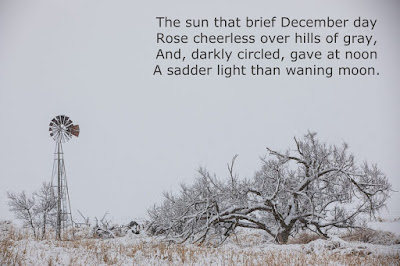