How Bare is Bearable?

Then Linda Carlson wrote an Editorial:

How bare is bearable seems to be the question in Davenport these days. Last week this page carried a letter by Walk Kik noting that one local supermarket did not welcome his bare-chested patronage . . . and the same day the letter appeared, city council members briefly discussed the “problem,” (if it be one) of shirtless and shoeless customers in local eateries.

We had never really thought about the “no shirts, no shoes, no service" rule at many restaurants (except on those rare occasions when we were barefootedly making our way home from the lake or the pool), but Kik does have a valid point.

Always sanitary, but almost always shirtless, he is therefore not welcome in establishments others less cleanly—but more covered—can enter. (And the others aren’t even that much more covered, as Kik so rightly notes. A young woman following the current fashion for halter tops can keep herself “shirted” with only a pair of skillfully tied hankies.)

Surely local merchants are indulgent of Kik’s balmy weather bareness. Firms must have standards, but one of the advantages of small-town living is that hard and fast rules aren’t needed because people are people, not mere figures passing anonymously through the checkstand. A “shirt and shoes" rule is pretty silly when the shirt and shoes in question are so encrusted with filth and stiff with odor that they could hold the wearer up. Isn’t it about time business people start realizing this —and setting standards that may be harder to enforce, but more realistic?

Certainly deciding who is too dirty to be served is more difficult than arbitrarily declaring that no shoeless or shirtless patrons are welcome, but isn't the trouble worth the results? Merchants, after all, say they have the right to refuse service, and refusing service to a few of the dreadfully unkept might encourage them to bathe before another trip to town . . . and it wouldn’t alienate such unique individuals as Kik.

Bare chests, barefeet — do they belong in Davenport stores?

At last week's council meeting, one member suggested that local restaurants not permit shirtless and shoeless patrons. Other council members demurred, however, and cited Walt Kik as an example of an unobjectionable bare-chested customer.

(Kik, a Rocklyn farmer known for his summer shirtlessness, last week complained in the Times he was not permitted to shop in one local supermarket because of his mode of dress —or undress.)

After all this ruckus, Dan Deighton of the Davenport Times asked if I would write a bit of local history. Later Zane Cosby in Wilbur printed some of my articles. Then Terri made a space for a column, ’til the well started to run dry. 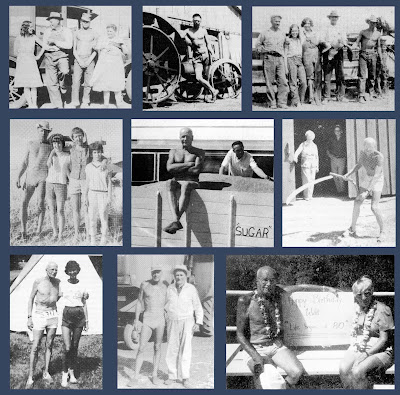 "...a Rocklyn farmer known for his summer shirtlessness..." 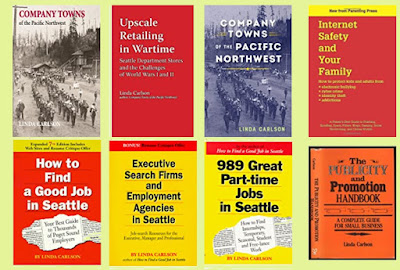