Jumping on the Cow-Catcher

Those darned guys (the brothers), never realized that fate was waiting for them to settle down. A cattle ranch was waiting for them at Sprague Lake. Homesteading had to be taken care of. My mother was still to be found and courted. Not yet interested in the future, Dad and Charlie got the ‘Spokane itch’ for the last time in the fall of 1894. Gus Rux and Henry Derr had planned to take in Spokane with them, but chickened out the last minute.

To save some silver dollars, the two wild ones decided to beat their way to Spokane. This was done by jumping on the cow-catcher of the Great Northern train engine, when it started to puff away from the Harrington depot.

The odd ride came to an end just east of Edwall when a cow was hit. The scooped-up cow caused Charlie to get a broken leg and lots of bruises. The train didn’t stop, so when the boys crawled back to the cab, the engineer said, “Did I run into a schoolhouse?”

When the train pulled into Spokane, Charlie was taken to the Sacred Heart Hospital, with Great Northern paying all expenses. Later, a trial resulted when the farmer got peeved and sued the railroad for the sudden death of his cow. The boys again got a free ride to Spokane. This time in style, inside where it was warm and not so windy. The Great Northern needed them as witnesses because they had a good view of the cow’s final moments.

How did I get all this information? Easy. Years ago, with an old wire recorder running. I asked dad a lot of questions of his early day escapades in Spokane. This winter, on a snowed-in Sunday and for the want of something to do, I played it back. 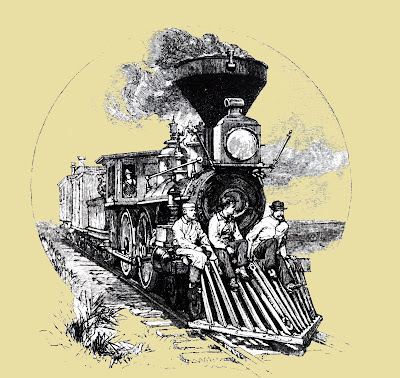 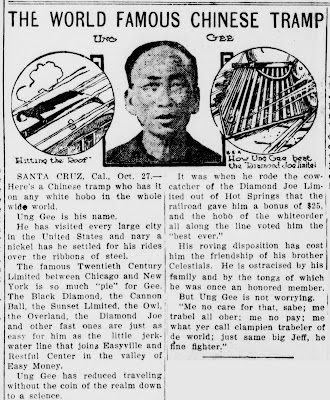