Once upon a time, in the early dawn days of Sprague, Washington, two male orphans in their late teens joined [as] partners with Jack Muench in a cattle and horse ranch venture. Muench at that time owned lots of rocks, sagebrush, tullies and bunch grass land that was connected to Sprague Lake.

As time passed, calves grew into cattle and colts became horses. When dividing time rolled around, the owner of this ranch didn’t share the same viewpoint on a verbal agreement with his two junior partners. An exciting court trial at Ritzville did give these two young men their just share of the livestock. The verdict caused the owner to see red, so he kicked both of them off his property. They had to look for a place to park all their cattle and horses.

The year 1900 found the government still wanting to give away lots of land south of Wilbur, in the Lake Creek country. Just the opportunity these two brothers, Dave and Charlie Kik, were looking for. Johnny Harding, a Sprague lad, decided to join them on their road to new horizons. The three young fellows managed to get the herd of animals up to Portugie Joe’s territory.

While the cattle and horses were looking over the many lakes, and having a field day eating their happy way through belly high bunch grass, the three guys were busy sampling different spots to homestead on. They eventually found a high ridge that was full of good soil. It had enough room on it for each to have a 160 acre chunk of ground.

Before winter showed up, three crudely built shacks appeared about a quarter of a mile apart at skyline height. Each had a stove pipe sticking out to one side. Late, the following spring, the land was turned upside down and later wheat was planted on the buried bunch grass.

Brand new neighbors began to appear to the west on what was called “Russian Ridge." This gave the three guys a chance to swap with the immigrants. A lot of cayuses were exchanged for a communally owned heading outfit. 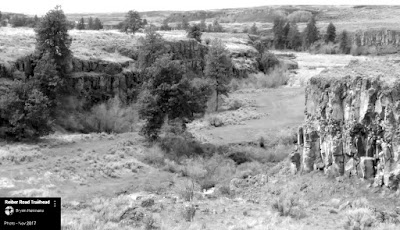 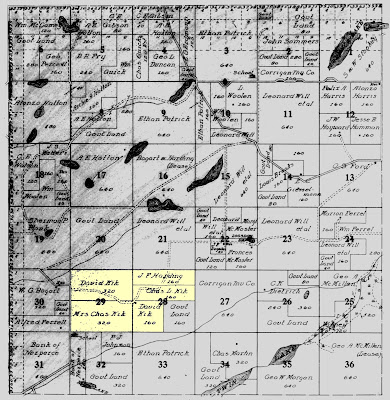