A Dance Hall Girl Thrown in for Company

Now, these young fellers didn’t know that Spokane had some hidden spots where society was in a scholarly pursuit of fine arts, and other educational things. In those days no weekly, cultured magazine ever found its way to Lincoln County. On the other hand, if Madame Scheuben Hite happened to have been singing at the well-known Spokane Auditorium, I doubt if it would have been on the boys' minds to attend.

The stars were out by the time the newcomers started to go sightseeing. Farther to the east, noise and music was coming out of the Stockholm Dance Hall. Automatically, the three walked in. Max could bluff his way around real good. The brothers caught on and followed suit.

It didn’t take them very long to work their way past the bar and dance hall, then into a theatre-like room where risque acts on the stage were in process. Three seats in the front row were taken by the lads in brand-new suits. The show was free, but they were supposed to buy beer and “other things” it had to offer.

What my dad and the other two rookies saw was quite a contrast from life at the fatherless farm home. For example, if his stepmother had her sleeves rolled up during bread making, she would roll them down before answering the door. The stage girls didn’t have any sleeves to roll down, nor long skirts to cover their legs.

Between stage acts, beer rustlers would go up and down the aisles, selling mugs of foamy stuff. For a price, they could have gotten a private booth to watch the show from and a dance hall girl thrown in for company.

Although dad strongly advised against gambling when I came on the scene, he did fall for the "Las Vegas" lure of early Spokane. It caused a share of his spending money to disappear. 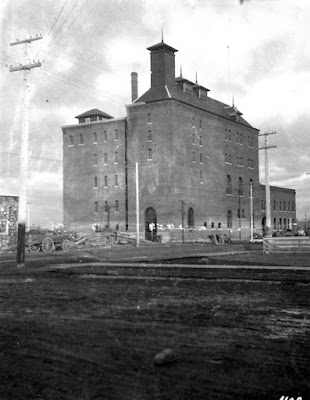 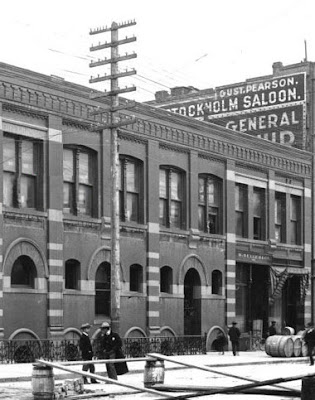 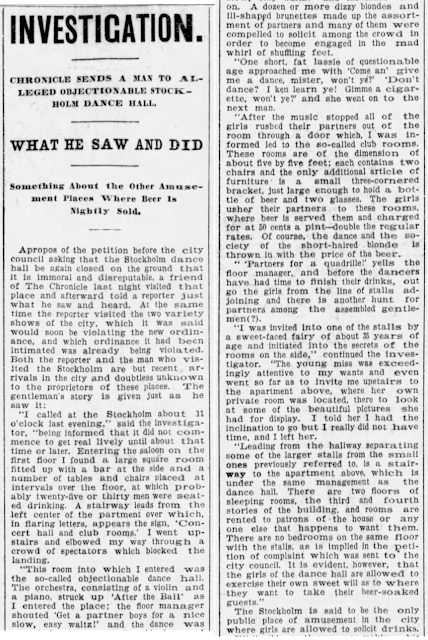