After my inherited uncle left town, we as a family could once again enjoy evening strolls through the Plaza. A dandy place to meet friends and tourists. It was there that Dad and I got acquainted with three Civil War veterans. Their hobby was to impress anyone who cared to listen to their Civil War tales.
When those old soldiers started piling up stories, Dad and I noticed that two of those brass-button veterans had opposite viewpoints on how a certain battle was fought. It got to where they disagreed so hotly that verbal insults began flying back and forth. Finally they got up and started poking each other with their canes. Their cane battle didn’t last very long because they ran out of breath from all the excitement. Those two never came back to the Plaza, thinking the other may be there.
The remaining veteran that stayed out of this ruckus kept coming back to the same park bench. He then had a chance to tell his pet Civil War stories without being interrupted. He said the other two veterans were a couple of wind bags.
Even though this lonely Civil War guy was widowed, he wasn’t burned out yet. Short skirts were making their first appearance in the 1920s. The sidewalks through the Plaza were full of pedestrians. One evening in the middle of this old guy’s war story, a trim lady in a short dress passed by. His droning vocal sound ceased as his eyes followed the lady ’til she walked out of his line of sight. After depositing some tobacco juice on the lawn, he wiped his chin and said. “She’s a darn good looker. Did you see her legs?”
Also at the Plaza, cults were found floating around quite a bit after the holiday season. A cowboy preacher and his wife came to the Plaza for a week of evening stays. On religious grounds, it seems like anybody could start up soap-box services.
This couple’s outfit included a fancy car, with religious symbols painted on the fenders. One door had a painting of a redeemed cowboy roping a sinner.
About a couple of hours after sundown this cowboy preacher and his mate would drive up to the Plaza, set up a table, and load it with trinkets that were made by semi-starving Indians from the Pueblo, Colorado district. A block-like box was used as a pulpit.
His gimmick was to sell enough ornaments from the table to support his calling, and to buy some food for the starving natives down on the reservation.
The Rev. Cowboy wore nickel plated spurs, glass studded boots, a fancy silk shirt with lots of colors on it, and a cowboy hat that cost lots of bucks. It didn’t seem like the holy team sold enough stuff to keep their equipment up to snuff.
His sermons were amusing and rather harmless. He wore dark glasses even though the only thing shining were the Plaza street lights. His wife testified that the dark glasses were to help keep him from seeing the temptations of the world. I remember dad remarking to a friend, “is that the only way she can control him?”
"An Undesirable Relative", Kik-Back Country, page 59, part 2 (previous)     (home)     (thread) 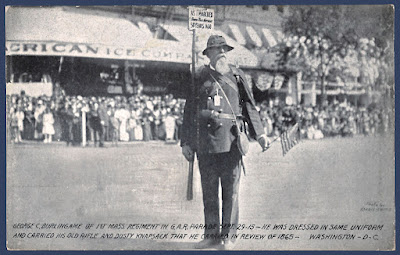 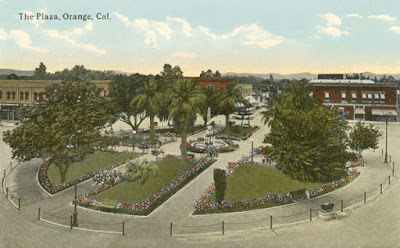 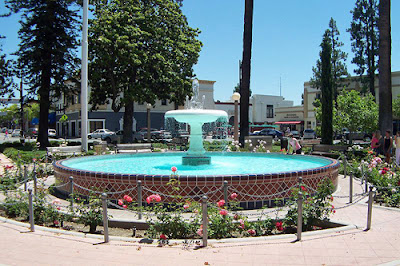