The fact that girls were different hit me before I could grow whiskers successfully. Puppy love entered my mind while I was still stuck in Orange, California. A Mennonite church was only a block away. The sight of a bobbed hair girl, by the name of Lilly Skiles, drew me through the doors of this religious order.

Inside the quaint church, I found it loaded with sincere worshippers. It took me quite a while to get used to their style of faith. The Evangelicals I grew up with, out here at Rocklyn, had a different approach in seeking Christian comfort.

Instead of communion, the Mennonites took turns washing each other’s feet up on the pulpit platform. Pans filled with water were lined up alongside of chairs that were used for sitting purposes during this kind of ritual. Usually they would utter a lot of religious jollies as their feet were being scrubbed.

The Mennonite girls took a shy approach to new friends. It lent a certain sweetness to their simple beauty. With the girls not expecting anything great, it allowed us equally slow guys to coast along in our own fantasy world.

During the height of my love sickness for that Mennonite girl, I was not able to function properly from Monday until the next Sunday morning. It was impossible to see Lilly in person during the week, because she attended high school while I was trying to sweat out my last term in grade school.

However, some week day nights were spent on Newport Beach with Lilly. No, there weren’t any romantic interludes. I was always with a group of Mennonite young people. We would build a bonfire on the beach, and when the moon came up, fish about the size of smelts would bounce up onto the beach. I guess they were all female fishes, because they would wiggle in to the sand and make a hole with their bellies to lay their eggs in.

While the fishes were busy doing their thing, the fun was to pick them up and throw them into a sack for eating purposes later on. (Sounds fishy, doesn’t it? That’s because you haven’t been around.)

Usually, I got to hold the flashlight and sack for Lilly as she picked up those fish called grunions. Fun ran high when we got slapped by a wave as we tried to grab the last of these fish that were trying to make it back to their ocean home.

Drifting away from this Sunday group was rather painful for me. Older guys with automobiles had the advantage. A guy with a car started taking Lilly out for rides. Moving out to the ranch and working for Walt Knotts didn’t help me forget her. She had a brother that was going with my sister. He would drive out to the ranch quite often, and that didn’t help matters, either.

Thirty-four years ago, Lilly came up to Washington with her husband, and visited with my sister and me, also Sugar. I asked her if she really knew how gung-ho I was about her. She not only remembered, but also felt sorry for all the insecure frustrations I had. After all these years, wasn’t that sweet of her to have felt sorry for me? 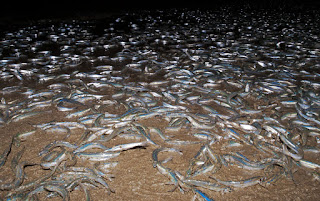