All You Need is a Good Thumb

In the days of the sacked wheat era there were many like Ed [Deppner], piling sacks to the rafters in warehouses, then loading them back into boxcars, with a cart that held five sacks at a time. The Rocklyn Farmers Warehouse was just a good example of many such long shed like buildings that dotted the railroad side tracks.

Brains began replacing backs when the bulk wheat method became popular. Then the supermarket kind of elevators took over. Now if you happen to be a weakling, you can still get a job at the elevator, or as a wheat hauler. All you need is a good thumb to push a button with, or fingers strong enough to grip small hydraulic levers.

A few years before the ending of the sacked wheat days at Rocklyn, another company took over the defunct warehouse. Later bargain notices were sent out to those that were interested in the remnants of this landmark.

The Hardy brothers salvaged the rather modern ‘weigh the whole works’ outdoor scales. Like scavengers, the rest of us picked out what we would benefit from, and a good bonfire took care of cremating the remains. Even the ashes seemed to have disappeared by the time the new elevator started placing wheat in its cement multi-storage bins. 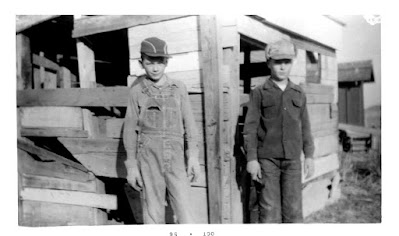 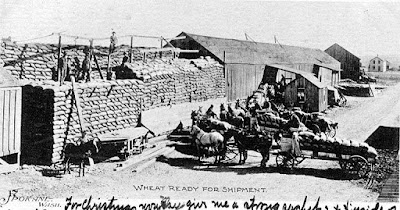