Come late Saturday afternoon, away out in the rippling horizon, many a farmer were unhooking their string of work horses at a shockingly early hour. After all, Saturday night was starting to arrive. Even the horses had a feeling that this was the evening for that extra bonus of rest and would tear down the home stretch. Only a steady pull on the lines kept the nags in the proper working range, and when you said “whoa,” you had better grab ahold of a piece of your combine, or whatever, or else you’d lose your balance.
As the skies darkened, Davenport took on a carnival atmosphere. The streets were used that night for congregating groups to stand on and visit. The early arrivals were able to get their hair blocked into its original shape while the barber’s scissors were still sharp and before the row of barber shop courtesy chairs became full of shaggy dogs waiting their turns. The first evening showing at the motion picture house was usually full of town kids.
The peak flow got parked and into the streets by 7 o’clock, then from nowhere and other odd places came the strangers that were looking for a harvest job. These guys exposed their professional trade by the symbols they were wearing. For instance, if these weather-beaten guys were skilled sack sewers, their hat would be punched with a sack needle just deep enough to miss their skulls. Twine was neatly folded around the exposed end of the needle.
If his hat happened to be leaning on the side of his head, it meant he was a cocky sack sewer and could not be snowed under. Guys with their legs slightly bowed and with a new pair of leather gloves sticking halfway out of their hip pockets were looking for a job of driving all those horses that were needed to pull your combine. Then, the rather nervous guy that wore a cigarette in his mouth and a Bull Durham sack in his shirt pocket was just looking for anybody that would hire him.
Not only strangers mingled with the farmers, city folks would stray downtown after supper to join in the fellowship. Sen. Charlie Myers, if he was in town, could be seen visiting with the farmers and the fair sex. I remember old Doc Bumgarner; he would hit the streets during the peak hour. He was rather a stout man, with an ever-present cigar that would never leave his mouth unless he had something to say. Greetings were usually a friendly nod, and he would lift his hat off his head when he saw a lady.
Pool halls did a landlord’s business. Loss of body moisture during the week was being replaced in the smoke-filled halls. Some of us not-so-hardy guys were doing the same thing up at The Mitten. Also, that’s where some of the young ladies hung out. There was never enough time to talk over current events. Crop yields were either excitingly exchanged, or disappointingly told. Nine p.m. arrived too soon, and most of us left our sloppy way of shopping until the last minute, causing the store keepers to leave their door blocks under the doors much longer.
Finally, when the stores pulled in their rugs, the lady folks started to pile themselves in their family cars. These tired farmwives would beckon some of us street stragglers over and ask us to get their respective husbands out of the pool hall so they could get home and into bed.
Usually the farmers that fell for the pool halls were card players and would play for hickies (fake cardboard money). The hickies had to be spent right there. If those “fun on the town” farmers were lucky, they may have won enough hickies to take home a week’s supply of tobacco or snoose. While cards were being dealt, a tap on the shoulder was all that was needed to get their attention and response. “Tell her I’ll be out pretty soon.”
There are now very few left who used to get tapped on the shoulder to get the wife home Saturday night at a decent time. Some, that were looking for work then, are farming today or retired. It all seems like a dream.
"Looking For The Heart Of Saturday Night"  Kik-Backs, page 55, part 2 (previous)     (home)     (thread) 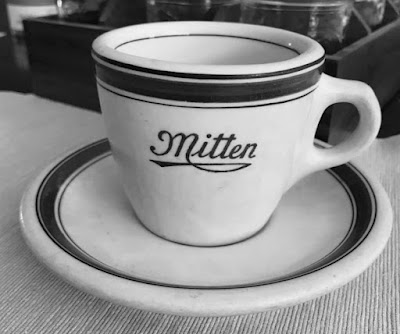 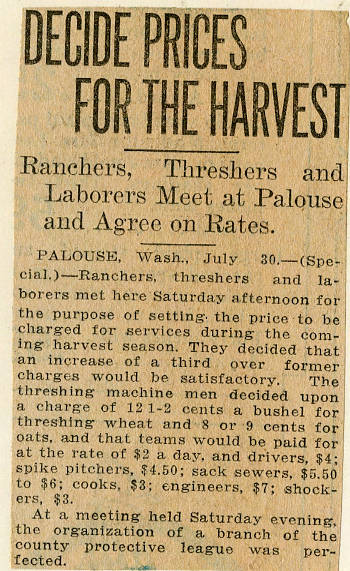