"I'd Rather Stay a Widow"

Bill advertised in a lonely hearts club magazine for a wife. This magazine was kind of like a mail order catalog, except you got real live merchandise. This procedure did short-circuit the process of romance. No eyeball to eyeball contact, nor all the other goodies.

Chappell had luck, and a mail-ordered, future bride was on the way. The railroad was completed now. The Rocklyn store had changed hands 'til finally Fred Grob and Fred Huesman owned it. Mr. Chappell was late to receive his parcel, so Fred Grob entertained her until Bill arrived and took her back to his homestead shack.

This prospective bride did stay over night with Bill. Whether it was an Irish wake or a romantic interlude, no one seemed to really know. She undoubtedly sized up Bill, his shack, and the bucket that hung on the well and said to herself, “This isn’t for me”. The very next morning when the train headed back from Coulee City she was up at the Rocklyn depot with her suitcase waiting for the conductor to place the stepping block down so she could enter the passenger car with dignity.

A lot of you old-timers around the Telford-Davenport area who remember Bill Chappell, knew he was a good-hearted and generous old soul. This habit eventually caused him to fall flat on his face, financially. Years before his failure, when Bill was still on fire, he enlarged his holdings to 560 acres of wheat land, finally built himself a house that looked like a house, a barn, and lots of sheds. To keep up with the "Jones" he got himself a buggy that came equipped with lots of pretty string-like tassels hanging around the canopy part of the buggy.

He then invested in a full-size heading outfit, including a cook house, and then went out and did a lot of custom cutting.

All this increased his drive to make another stab at finding a wife. This time he advertised for a cook. A young lady that had a little boy answered his ad. (Something like Alice on the TV program). Since he was boss and owner of his heading outfit, Bill thought he had the inside track with the cook. But after harvest she ran off with one of the headerbox drivers. All Bill could do was brush his mustache and forget about his failures for awhile.

The next year, up north, near the old Gunning farm, a husband made a widow out of his wife by committing suicide. He left his grieving wife with a field of standing wheat. To the rescue, and as a donation, Bill Chappell moved his outfit and crew over to this helpless widow’s place, and put all the standing wheat in nice round stacks, so the threshing outfit could move in and do their thing.

Chappell’s heart was pounding for her, but when fall came, she said, “No thank you Bill, I’d rather stay a widow.”

Since Mr. Chappell couldn’t spread happiness through his romantic tries, he started helping families that were in need. He donated a 20-acre corner of his farm to old man Scheffler and his wife. Then Bill organized a building-bee and extra hands, put together a cute little house for the aging couple that had retired from years of working for others.

As money began rolling into Chappell’s pockets, he gave his brother lots of dollars so he could set up a farm in the Lord’s Valley country south of Harrington.

Bill’s last screwed-up deal did him in. Big-hearted and acting like a blockhead, Bill let the new owner hock his farm for a pile of money, so he could get a flying start as a farmer. Chappell then settled for a second mortgage on his place, which wasn’t worth the paper it was written on when the depression came.

The new owner went broke, and the only thing Bill could get out of him was a pig and a Model-T pickup. Bill then moved into a single-boarded shed that was no better than his old original homestead shack. Bertha the pig brought him happiness, but the Model-T was the cause of Bill ending up at the Poor House.

One shivery morning when it was too cold to start the Ford without raising the rear end, Bill used his homemade jack that was made out of a long pole with a boulder strapped on the end for leverage. In the process of raising the back wheel up, the boulder tore loose and fell on his left foot, causing pain.

By this time Bill was not winning any special awards from the sanitation department, so infection set in his foot. Bill refused to be taken to a doctor, so my dad had to call the sheriff, and he was taken to the Lincoln County Poor Farm where he died during the winter of 1932. [Correction: 1936]

I can’t help but feel guilty about how we handled Chappell’s last days. In those times there was no Social Security. All that was available was a kind of concentration camp for the poor and the helpless ones. 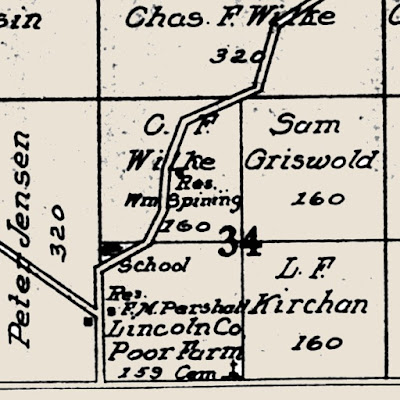 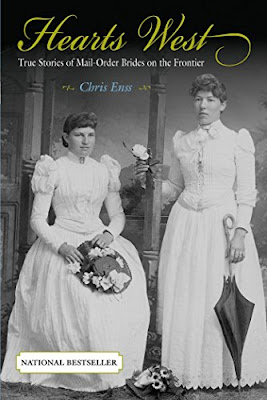 Hearts West - True Stories of Mail-order Brides on the Frontier