Wore His Clothes 24 Hours a Day

Rocklyn, in its span of existence, had not one, but two guys that took up the lonely life of bachelorhood, Bill Chappell and Ross Parsons. Chappell was the best known bachelor because his wheat farm brought in enough wealth to help the poor before he died in poverty. For a while, Rocklyn remained bachelorless 'til Ross became old enough to take over Chappell’s title.
When Ross got big enough to leave home, he homesteaded on the outer edge of Lake Creek, and built himself a shack. By patching up the leaks, the shanty lasted Russ ’til cancer took him away. His quarter bordered on the Rocklyn mail route, making him a naturalized citizen of Rocklyn.
Unlike Chappell, Parsons was no threat to the large wheat farmer. He just wanted to raise enough wheat to survive. One of his noted farm cost-cut operations was using two wrought iron bed ends as harrows behind his 10 foot drill. Ross loved the nags he kept for horsepower. He became so protective of his horses that a lightning rod was installed on the barn. One old mare, that was getting up in years, would use her face to nudge Parsons’ cabin door when she got hungry.
The small Parsons house sets quite aways back from my sister’s mail route road, but it didn’t give him much communication since Ross was not on the daily list of receiving newspapers or magazines. Neither was his shack blessed with a telephone or radio. When the winter snows got rough, and Ross needed some horse medicine or liver pills for himself, he would tie a floppy rag on a pole, and poke it in the snow. Either my sister or a passing distant neighbor would walk in to see what he wanted.
Ross did live a simple and non-expensive life. Years ago, his hammock-type bedspring developed a split, causing Ross’ hips to rest on the floor. A couple of rolled-up steer hides placed in the center of his ruptured bedspring solved the problem. Ross wore his clothes 24 hours a day. Going to bed was no chore, except for crawling under a couple of no-washed blankets. Since his mind was not cluttered up with too many activities, it left lots of room for a remarkable memory.
"Christmas Pays Visit To Rocklyn Loner" Kik-Backs, page 76 (continued)     (home) 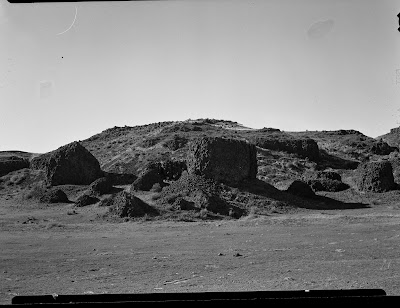 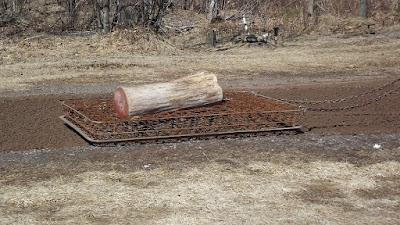 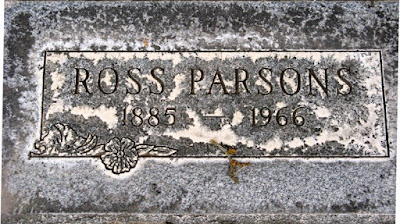 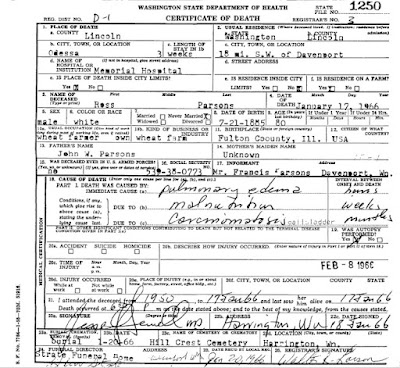