The weather, with all its bag of tricks, can knock out crops in various ways. The winter of 1988-89 we had the privilege to know what was going to happen via satellite. It showed that the fast moving ‘big freeze’ didn’t carry a blanket of snow with it. In a matter of a couple of days, the very life was frozen out of the wheat. Farmers were saddened by this sudden destruction. It caused the warehouses to go out and seek spring wheat seed as far away as Canada. Farmers were beginning to realize that reseeding is a poor replacement for the crop of their dreams.

In 1931 it wasn’t a blizzard from Alaska that wiped out the crops in the blow lands of eastern Washington. It was the continued dust storms that blew most of the growing wheat out by the roots. The fields turned into a haven for Russian thistles come harvest time.—In those days, it wasn’t a chore to locate seed wheat like it was in the spring of 1989. It was a question of finding money to buy seed wheat with.

In the spring of 1932, even the Hoover Administration felt sorry for farmers around the Odessa-Ritzville area, so they set up a seed loan office in Odessa. It was sort of a first aid station for those that didn’t have enough dough to buy seed wheat with. The Government wisely realized that without seed there would be no crop. No crop meant more farmers would be biting the dust.

Davenport was supposed to have been out of the disaster area—but farmers like Wendell Owens, Paul Jahn, Walt Kik, Orlin Maurer and Fred Magin had large parts of their fields looking like the Sahara Desert after the wind stood still.—I believe myself and Abe Jantz, who left the blow lands of Ruff, were the only ones around here that applied for a seed loan. We just didn’t happen to have enough money for such essentials as seed wheat.

Driving to Odessa to get a loan didn’t take much guts as I had no other choice. Dad's ranch was mortgaged to the hilt and the bank in Davenport was in worse shape than our farm. To my surprise, signing a ‘where as and a what for’ agreement, and an I.O.U. note, tumed out to be a simple job. Guess I must have looked like a young farmer in trouble.

During those dust laden days of unhappiness, hundreds of work horses were driven up here to the edge of the dust bowl, where some grass was still growing. Those ‘die hards’ from Odessa made arrangements with pasture owners in the Rocklyn-Lake Creek district, so their beasts of burden wouldn’t starve ‘til some hay could be found. Some horse farmers that applied for the seed wheat loan used part of the loan money to buy hay so their horses could be driven back and put to work planting another crop with high hopes that the seeds wouldn’t be blown out, or buried too deep by drifting soils.

The next couple of years things brightened up. Odessa was able to keep their soil on the ground. Crops grew without making all that dust. Three harvest seasons passed before any seed loan collector showed up. Neither Abe Jantz nor I received a ‘pay up’ notice of any kind. Was it a hand out? Well no, while shedding the combine in the fall of 1934, a government collector drove into the yard. He had all the old original papers, and was satisfied if I would make a payment on the seed loan. When asked how come we seed loan borrowers got a reprieve, the collector said, "Why bother ‘til you farmers got back on your feet?"

Some never did get back on their feet around here. But their vacancies were filled in by migrating farmers from the south that got squeezed out from their drier farms and didn’t want to give up. The Abe Jantz family and the Ludwig Doering tribe took over a couple of Rocklyn farm vacancies. Both families missed their German settlements where their holdings once were their pride and joy.

Substituting Rocklyn for Ruff served the Jantz’s well. Abe would have missed his Mennonite community if the Rocklyn church hadn’t been near his front door. He and his family found solace listening to Methodist sermons. Abe’s violin and his ability to sing hymns added spiritual entertainment prior to the main event when the preacher took over.

Before and after those seed loan days, many farmers from the drier lands settled around the Reardan-Davenport area. The Jantz family included two daughters, Erma and Bertha. All three sons took up raising wheat. Howard settled on a farm north of Davenport. Merlin and Cornie edge their way back to farms in the Odessa country. All were and are active in community affairs. 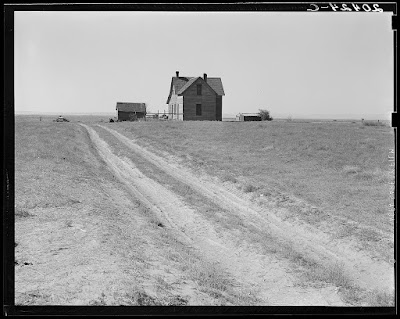 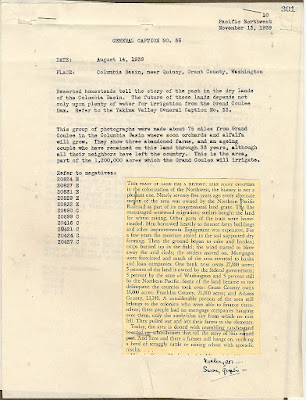