Cupboards as Bare as Their Fields

For those early Odessians, it was no easy chore to reach their fulfillment. The depression of the early thirties wasn’t very kind to the Ritzville-Odessa farmers. They had a harder time scratching for a living than us northerners did. Ed Kiesz told us once that even the birds had to lower themselves on their knees to look for food.

No crops meant no straw. To keep their horses' stomachs from collapsing, my other cousin Gottlieb had to make mercy trips up to Lords Valley where straw was being sold.

With cupboards as bare as their fields, most of the dust bowl farmers beat it to the apple country, where the pickings were better. When apple picking money got into their pockets, they returned back home, and started dreaming of better farming days.

The season of 1931, Ed Kiesz didn’t have to follow Odessa’s fall migration to the apple country. He had married into the Raugust clan. One of them, Rudolph Raugust got out of the Odessa area before the dust storms hit, and took up farming north of Davenport.

When Ed got his two and a half bushel per acre crop scooped up, he kissed his wife Bertha and kids goodbye and drove his two door Model T Ford Sedan into Odessa. He told Bill Raugust who was running the Odessa Trading Company, that he could come out to the ranch and get those drills, as he had no dough to pay for them.

Needing survival money, Ed headed northwest to Davenport, and to his wife’s relative’s farm. He then made himself available to sew all the sacks that got filled on Rudy Raugust’s combine.

It was a hot August Sunday when Ed stopped in to spend his first Davenport day of rest with us. Due to being broke, Ed Kiesz’s personality spark was missing. He looked tired. He told about the harvest job he got up here where the land was blessed. Ed said he didn’t want to know ’til the next week whether the Trading Company would extend his debts.

Ed tried to take a nap on the floor. All at once he jumped up and called Bill Raugust, and asked, “Say, by golly, are you going to let me keep those drills, so I can farm?”

The way Ed started to wisecrack on the phone, we could tell he was getting a 12 month reprieve on part of his farm machinery. When Ed hung up, he said, “Wonder of wonders, dam, I feel good! Let me take you all for a ride in my Model T. It’s all gassed up and is almost dust proof.” 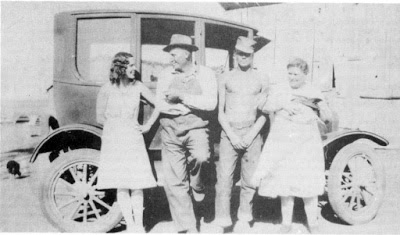 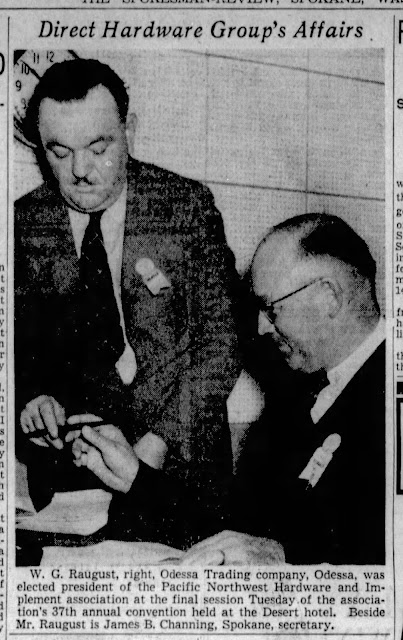