Lots of Socializing and Spiritual Stimulation

In the early days after towns and farms got established, folks recharged themselves during the dog days of summer by having group picnics. The big one was the Lincoln-Adams County Picnic, that was held on Crab Creek. It was a great place for early settlers to meet other early settlers. Horse racing was one of the main attractions. One year they had a balloonist that didn’t mind going up high in the sky, before descending to the earth. In 1912, the builders of a home made airplane tried to take off from the picnic grounds. They made a scary flight,but didn’t fly as far as the Wright Brothers did.

Later, at many distant ponds or creeks, camp meeting would locate themselves under native Quaking Asp trees. It was a neat place where lots of socializing and spiritual stimulation took place. Free religious matinees and evening services were held each day. These camp outs lasted a week or two. Much longer when a newer brand of faith took over.

The burial service for one of our last and beloved pioneer ladies, May Reinbold, took place at the picturesque Egypt Cemetery. It brought back memories of that well told Egypt Picnic that was held by Inkster Lake on July 4th 1910. Many a Davenport resident packed their lunch baskets full of picnic stuff that day, and headed 20 miles north in their buggies, to where all the celebration took place. According to a Lincoln County Times reporter, there were from 1500 to 2000 jolly, hot and dusty people at that watering hole. What all happened on that eventful Fourth is worth rehashing someday.

Most pioneer towns whose main street had a general store, an eating place and a saloon, held Fourth of July celebrations. It was a big day for the young courting blades and their lassies. Those achievements were made possible by progressive established pioneer parents who’s planned program included long winded patriotic speeches and noisy fireworks.

Now after decades, many towns are celebrating those by-gone days be titling them such as: Wild Goose Day, Deutsches Fest, Mule Days, Frontier Days, Pioneer Days etc. Annual Pioneer Days are the best ever! Something was going on all the time, with many side attractions. Too bad our ancestors weren’t around to enjoy the Pioneer Days with us. They could have watched our parade in amazement, and maybe they would have joined in the street square dancing. 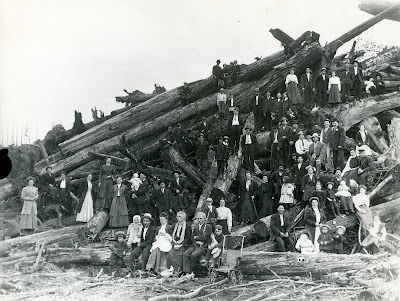 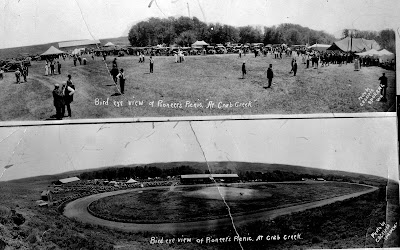