Wanted To Be As Religious As Possible

Not too long ago we had one of the biggest scandals among the big time evangelists since the Aimee Semple McPherson days. Finally at last, the news media has found the chance to expose those TV evangelists for what they always were— making stacks of dough by turning a brain into semi-consciousness. Jimmy Swaggart, Oral Roberts and Jim Bakker, are the latest evangelists to bite the dust—after rooking the innocent.

A small part of a Spokesman-Review editorial on televangelism says it all...

"Followers (believers) must have felt shaken, and wondered where to turn, after watching their heroes sue each other, slander each other, grub for each other’s money and mailing lists, pay ransom to conceal sins, and then call for a vote of confidence in the only religious currency they know —more cash donations...

"It’s very simple to get rid of these big time show-biz guys; and that is to turn your television set to a ‘for real’ program, In a few weeks, these ‘ no account’ evangelists would all land ‘belly up’. When big time evangelists die off, they usually leave no established organization to carry on their style of pumping dough out of innocent followers. Billy Sunday left no Billy Monday to follow. The same can be said for Aimee McPherson. Usually a different breed of evangelist starts up when the opening looks good for them."

Evangelist Gamer Ted Armstrong had a showy TV program going, but he too got involved with other women. That gave daddy Armstrong a reason to kick his son out of his domain, and started carrying the ball himself ‘til he passed out from old age—thus ending the Armstrong special brand of money making evangelism, that was also heavy laden with money scandals.

It’s too bad that all this was allowed to happen in the first place. I do hope it doesn’t hurt the traditional churches too much. Even the churches of strong fundamental teachings certainly don’t need these big time evangelists to represent their faith. Stable preachers do present the best part of the Bible to their flocks, and that makes my Christian friends very contented.

However, the church has survived onslaughts to some extent before. For example: Over 70 years ago, our two local churches out here in Rocklyn were coasting along peaceful-like with their inherited beliefs, when along came an evangelist from the coast by the name of Johnny McConnell. He and another promoter set up a camp meeting size tent in Bursches Grove, about half way between the two churches.

Evangelist McConnell had a hell fire and brimstone style of preaching. Many an average Christian fell under his spell and became converts with a different outlook on spiritual things. McConnell got a lot of people to receive a special gift so they could speak in the unknown tongue—similar to what Jimmy Swaggart breaks out doing in the middle of his noisy wild swinging acts. The new converts at Bursches Grove would fall flat on their backs, and get into a holy trance, while their bodies were supposed to be filling with a lot of spiritual goodies. Some didn’t get up off the ground until hours later.

Reading glasses were crushed on the stage, because old eyes were polished up through prayer. Frail women would go into a trance for a long time, which was sort of scary. Harrington town marshal McKinnon came out and was going to arrest the promoters, but found he couldn’t. McKinnon just wasn’t used to such stunts.

Some of the gung-ho converts got to sit up on the stage. A farmer living some distance south west of Rocklyn got off his chair and started talking in tongues. He was pretty good at it since he was new and didn’t have much time to practice. Finally, in his trance, he fell backwards off the stage. Later, he interpreted the conversation he had with God. The Lord told him to sell his farm and go to Jerusalem. Why Jerusalem? Unless it was the place for him to go to get some instructions. He really did sell his farm, but no old timers around here seem to know where he went.

Our closest neighbors, the Ben Halls, were our dear friends. We were as one family for years. Their sons, George, Benny, Everett, sister and I, were happy playmates. Father Ben was a very sincere fellow, and wanted to be as religious as possible. Seeking some added religious strength, the whole family took in one of McConnells’s mid-week services, but they were all back in church the following Sunday.

Mike Maurer, our Sunday School superintendent, got up and said, "Beware of false prophets down at the grove, they are out to destroy our church." This caused the Halls to rush out the aisle and head for McConnell’s domain.

The next Sunday after our church roll had been slightly reduced, we all headed to where the excitement was. It didn’t hurt if we were late, as no one would start rolling in the sawdust ‘till after the energizing service was over.

Some pre-teen agers decided to take part in the sawdust event. The oldest Hall lad had the same idea. Benny didn’t like what his brother George was doing, so he went up and kicked him in the ribs—causing George to snap out of his holy trance, and clobber Benny with his fist. The next day Mr. Hall walked down to tell us that George said he saw and talked with Jesus while laying on his back.

McConnell had a wife and two kids that were with him all during that long stay at Bursches Grove. When McConnell made it back to the coast, he began acting like Jim Bakker, because he could not keep his hands, etc., off of other women, so he got into a lot of trouble. Some irate men took care of this wayward evangelist in such a way that he didn’t care to preach anymore. It seems like a lot of evangelists are quite sexy. 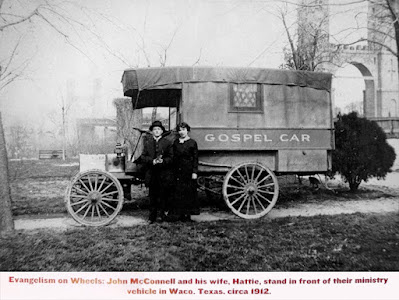 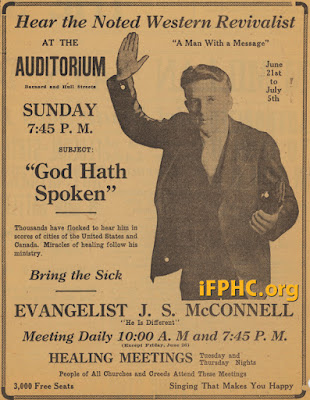 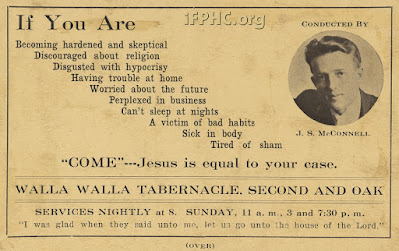 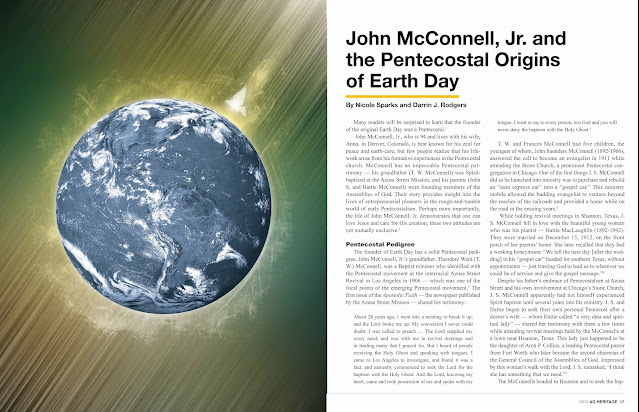 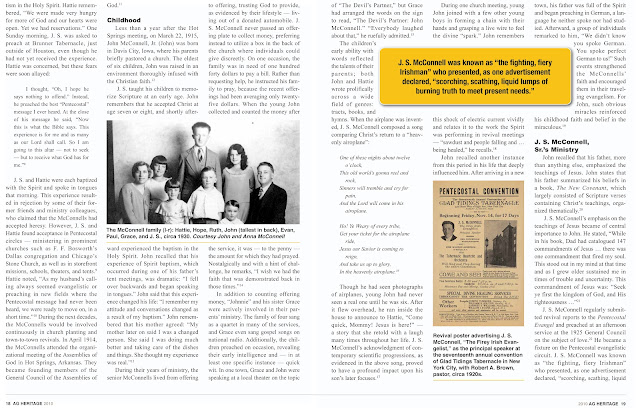 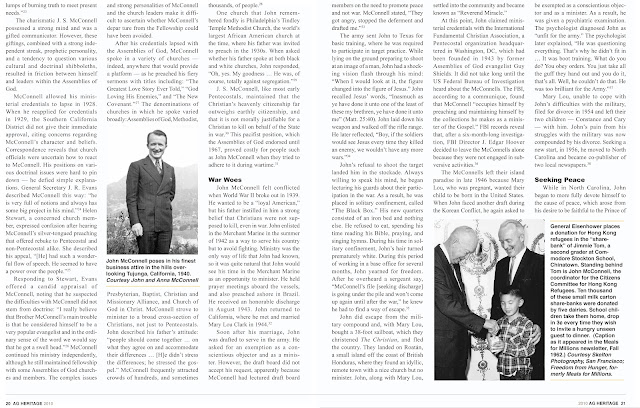 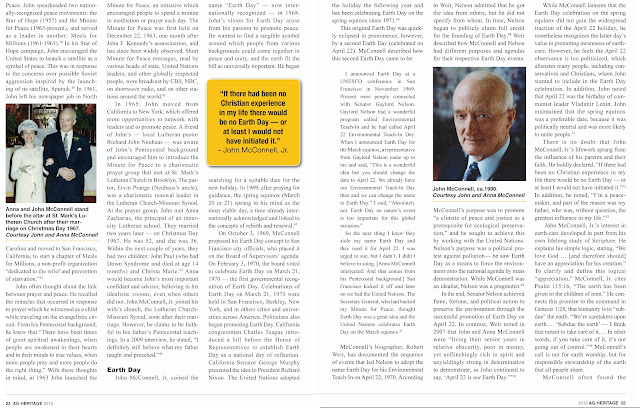 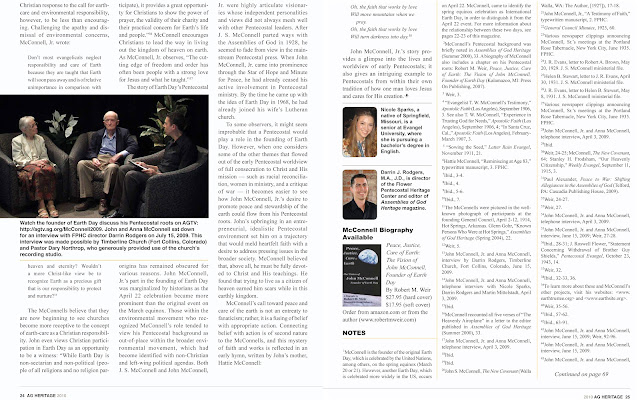