Only Creeps Keep On Smoking

Years ago, it was a natural sight to see a guy with a cigarette hanging over his lower lip. He wore his hat to one side with a devil-may-care look. It was a sign of virile maturity. Since then, we have found that it is a dangerous way to live. The few who choose to play Russian roulette with their lungs still wear their cigarette on the lower lip, but the facial expression has a shy look.

I used to tell my 4-H Jolly Joggers group that only creeps keep on smoking. Now that’s an insult, as I soon found out that, for some, shaking the nicotine habit can be a problem. Why is it? I don’t know; as records show no one has ever died from cigarette withdrawal. Sure, it can cause your eyes to bulge out slightly and you may bark at your mate for a spell and do a few other naughty things. But when the withdrawal symptoms go away, you will for the first time in years, be able to smell the fragrance of flowers, and your body will return to that happy feeling again.

Years ago, I had an uncle who loved to smoke stinky cigars. In those days, smoking among Christians was sinful. That made it tough for [that] old uncle because he was the Congregational preacher down in Walla Walla. After he delivered one of his powerful sermons and finished shaking lots of hands, he would lock himself up in the toilet and make a lot of smoke. I knew then that smoking was either an extremely pleasurable experience, or he was hooked on sniffing smoke.

Decades later, what bugged me, was when an ex-Unitarian minister smoked like he was on fire. He knew very well that soon he could become a dead Unitarian. Being a fatalist was no excuse for him to destroy himself and all the knowledge he was dishing out. I guess what got our goats, was that most of us in this circle of fellowship were health nuts.

I went with some friends to a “Shake the Habit" smoke clinic in Spokane. The room was full of people with charred lungs, waiting for the speaker who was late enough to cause the hall to become thick with smoke. When the speaker arrived, all cigarettes went out to give the impression they had enough willpower to stop between smokes.

The speaker stated that the most simple and solid way to stop smoking was to quit “cold turkey." This caused a lot of groans to utter throughout the building. Most came expecting a magic cure, something like what the faith healers dish out.

Half of the smokers took the cold turkey treatment and quit sudden-like. The rest went through with the “I’ll try and stop” course and, I believe, are still trying. I went back three weeks later and found the speaker asking these questions:

“How many are smoking less then a pack a day?” “Good,” came the word from the questioner when a dozen hands went up.

Question Number Two: “How many only smoked one pack this week?” “Wonderful,” when he saw a scattering of hands.

“How many got through the week with less than a pack?” When one lady raised her hand, the word “Marvelous!” resounded loudly throughout the building, followed by applause. This lady was awarded a prize that was all wrapped up in pretty yellow paper.

I just wished that this group could have quit cold turkey. It would have saved them the disappointment of not being able to find a magic remedy. 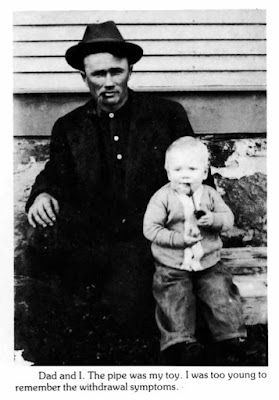 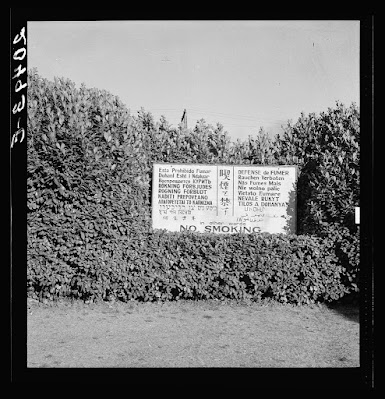