Cocky and Excited as All Get Out

Every so often, when visiting with my “divine-rodding relatives,” the subject of witching would come up. No, it’s not a new kind of religion that’s getting started. Divining is probably older than Methuselah. It’s better known as water witching.

Certain guys are supposed to have the power to make a twig wiggle when it passes over underground water. These charmed guys are known as “diviners.” With the invention of the welding rods, these charm twigs are being replaced.

In the 16th century, books, scissors, and even saws were used by these super-powered diviners to locate boundaries, treasures, water and what not. But when diviners migrated to America, books, scissors and saws were scarce as hen’s teeth. Trees were very plentiful, so, breaking off limbs kept these diviners in business.

In Europe, when a diviner passed over whatever he wanted to find, his scissors, saw or book would jump up over the spot. But when these gifted guys started practicing over here with twigs, they decided, for added sales pitch, that a twig in their hands should point down. It gave more of an impressive meaning if it pointed to where the water was, instead of pointing up to the sky.

To the church, at one time, witching was the work of the devil.

Where did I get the facts for my very condensed version? At Sugar’s brother-in-law’s place one Sunday afternoon. After wearing out the subject of women and how many kids the world could support, the subject of water witching came up once too often. So, a request of water information was sent for from the Water Resource Dept., Washington, D.C. Scads of sheets were received telling all about the scientific records they had. On the very last sheet a small article was titled “Folklore, a Story about the Myth of the Divining Rod.”

My other source was from a textbook I got from Washington State University titled “Psychology, the Study of Behaviour,” by Paul Swartz.

So, years ago, armed to the teeth with information, I took advantage of the lecturer hour out at Wilson Grange. Cocky and excited as all get out, I roared around, spitting out what I figured were stonewall facts. Finally, I asked for questions. All I was asked was whether I had a closing song. Later, while gathering the song books, I heard one Grange brother telling another brother Granger that his place was worth quite a bit more, since it had been witched for water.

Later, I finally got a little satisfaction when I found how several young farmers out-smarted their well-heeled dad (now deceased), who was hooked on witching. That family owned lots of land. The brothers wanted three deep wells drilled on a location where it would balance out their farm so they could grow something besides sagebrush. But the old man's favorite witcher said. “These well sights are for the birds, as it’s pretty dry down there.”

It was easy for the sons to pull the wool over their papa's eyes. For $125 per well, it was not hard to find a popular dowser to tell the old man that there was plenty of wet stuff down there where the boys wanted the wells drilled.

What’s going on around my farm now? It’s about two-to-one for water witching. For example, there were three of my neighbors that drilled wells for irrigation.

Neighbor one was well-witched in the traditional style, except with an added goody. His witcher was real neat; he was able to make his twig bow and count off the depth in feet where the water was to be found. (It’s sure going to put a terrible stress on twigs and welding rods when we change over to the metric system).

Neighbor number two dreamed of a good irrigation well near his house, but wanted the blessing from someone who carried more than a couple of welding rods. His witcher's equipment did look more scientific. In fact, he broke all tradition. He had a board that had attached to it some springs, a gauge and some wires running to his head. Seemed like when the witcher’s foot got in the way, the gauge started to wiggle. After deciphering the rocks and foot, he gave the okay to start drilling.

Neighbor number three was a brave and courageous lad. He just took out his aerial maps and measured where the middle of his farm was...then duq a big hole.

Neighbors two and three had excellent wells. Neighbor one’s well is very skimpy. Note a quotation from Paul Swartz textbook: "water witching is a ritual pattern which fills the gap between sound rational-technological techniques for coping with the underground water problem and the type of control which rural American farmers feel the need to achieve. Although water witching is clearly a type of magical technique, it is important to note that believers in dowsing do not regard it so. Failures of course, tend to be forgotten over time, as in most belief systems, and the successful dowsing of the water witch remembered.”

After penning this article I was reminded that water witching is older than Methuselah. According to records, it looked like the old boy Moses started it all when his gang was hollering around at him that they wanted lots of water. Under that kind of stress. Moses lost his cool and whacked the rock in anger with his divining rod to bring forth water.

Even if I were a religious person, I wouldn’t go for the divining rod, because God really never forgave Moses. All the old guy was allowed to do was to sneak a peek or two at the promised land.

Last spring, Sugar and I were invited to the home of Edmund Nassar for a Circle supper. He is the head of the U.S. Geological Survey, Department of Interior, surface water branch. Also a weatherman from Geiger Field was invited. It was a very informative evening. Why don’t some of you witchers, while in Spokane, drop in at 920 West Riverside, and go up to the sixth floor.

It is advisable to park your tree branches and welding rods in the lobby before entering the office. Edmund will show you who you should talk to about ground surface water in Eastern Washington. At the present time, the State, with federal matching funds, has four water wells for testing purposes. One is located at Rocklyn, another at Almira, and two at Odessa. One is a 5,000 foot deep oil well, that doesn’t have any oil, but is loaded with water. 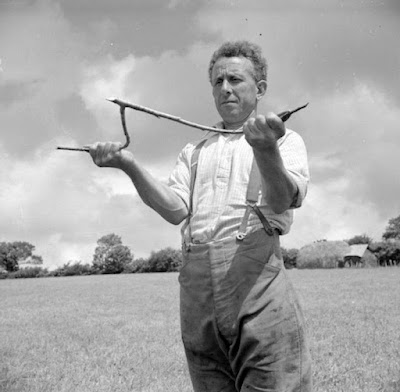 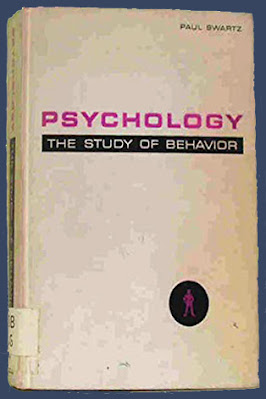 on the Jake Fichenberg farm.