The Physical House We Live In

A number of interesting questions arose from the minds of the inquisitive about the sunbathers’ run. It was advertised in a northwest runners’ guide where this 5K was to take place. The Y.W.C.A. was kind enough to let this skin exposure bunch hold a couple of screening sessions at their establishment. The Kaniksu Ranch is the only Sunbathing Association that has ever sponsored a run, nudist style. Next year they intend to add to their scampering a 10K run.

For you that think nudism is the creation of the present overstepping generation, you are fooled. It had its beginning in Germany around 1920. A German immigrant named Kurt Barthel and his wife brought nudism to America in 1929. Since then 180 nudist organizations have been formed throughout North America. They were first called the ‘American League for Physical Culture’ which eventually became the American Sunbathers Association. Kaniksu Ranch will celebrate its 50th anniversary next year. A charter member couple was on the grounds, taking in the Bare Buns Run. This couple hopes to witness many more summer events in their birthday suits.

Now to answer some deep thinking questions that I’ve been asked. No, I don’t plan on joining the nudist association. There is no scientific evidence that exposure of my buns will lengthen my life any. However, since I’ve been darn near a nudist all my life, I felt very much at home fellowshipping with this special bunch of people. If we lived closer to Kaniksu Ranch I probably would join, in support of their freedom from social hang-ups.

Yes, you are right. Dining out at this nudist colony is not a coat and tie affair. When eating in their dining room, you are as naked as your sandals allow you to be. A sign over the kitchen area was one I could appreciate about 10 years ago. It read: ‘No shoes, No shirt, Service with a smile.” For the ladies, Kaniksu Rjrnch is no place to try out your new bikini. At the swimming pool they have a sign posted, “No swim suits allowed.”

Nudists are not entirely against wearing clothes during the summer months. Have you ever tried to fry bacon in the nude? When I went to pick up my breakfast, the cook’s body was draped with a Mother Hubbard type of apron.

No, a nudie smoker doesn’t tie a cigarette package around their neck. There were a few naked cigarette smokers, and they didn’t stray very far from their fix.

To me, today’s nudist could simply be described as someone who enjoys camping, swimming, exercising, and socializing without the need to remain clothed. The body is beautiful, and comes in various shapes and sizes. It’s the physical house we live in.

Aren’t you afraid of getting skin cancer the way you run around? No, but I’ll see a doctor if something looks funny on my skin. We now have that safety feature that ancient humans didn’t have. Ever since my teenage days I wore a constant tan, and that prevented seasonal sunburns, which seems to be the real problem. For you spring whites, why not smear your whole skin surface with a sun-tanning lotion ’til the sun and you become partners? Good gosh! for millions of years every living thing depended on the sun for life. We humans evolved to where nature gave us a tan. If I’m not outside when the sun is out, I don’t feel happy. Even the lights in our house have to match the power of a bright day. 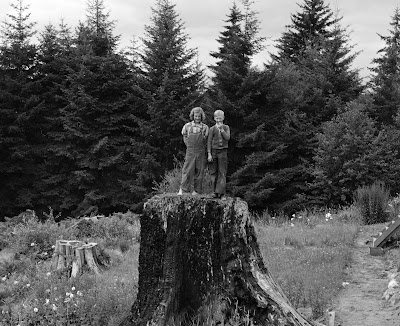