No Greater Tranquility for an Insomniac

I guess I’m a little like what Henry Thoreau said about himself, “I have a real genius for staying at home.” That’s not to say one shouldn’t at rare times wander away a 1,000 miles or so and find out what it’s like to be away from an established environment.

In Thoreau’s time, there were no steam or nuclear plants to bug his environment. Fortunately, there is still enough aroma, sights and sounds of nature left to remind us of past events. Last spring while on a walk, Sugar found a strong smelling flower and held it in front of my nose. The aroma woke up some sleeping memory cells. My mind went back to when as a first grader, I walked home from school across the pasture. While bluebirds were fluttering from one sagebrush to another, I remember pulling up that same small weed-like flower for sniffing.

Going for walks is really neat. Like Thoreau said, “He who rides and keeps the beaten track, studies the fences chiefly.” Running also takes away some of the scenery, as one is too busy receiving the health benefits of circulating gobs of air through the lungs. On long walks did you ever sit down to rest and find a whole garden of things before your very eyes?

Some friends of ours, when gas was cheap, took a two week trip through 17 states. When asked why they were camping down at the lake after such a long trip, they said, “Oh, we’re spending the rest of our vacation time down here resting up.” They didn’t see a damn thing except the road, two car wrecks, and signs showing places to park for the night.

How about staying off the rambling freeways as much as possible? We cannot tune in successfully to the sounds of nature and noise at the same time. On one of our walks down to the creek, Sugar made it be known she’d just as soon I would stop talking to listen to the stillness, which has a sound of it’s own. That treat lasted ’til some low-flying practice bombers zoomed over our heads.

It’s [not?] to everyone’s taste, but a lot of old time settlers settled in cracks between two hills. They shortened their sights of scenery a whole lot. Those pioneers must have been thinking of easy access to water and nothing else. It’s like living in trenches.

My dream before reaching the end of life’s rope is to drag an old shack with a lot of cracks in it to a high spot. There is no greater tranquility for an insomniac than to hear nature stirring around outside a not too protected shack.

The thought of having a Henry Thoreau type of cabin came to me before Sugar entered my life. During the summer months my bedroom partner was a combine next to my cot in an open machine shed. The shed was located by a wheat field. On sultry nights sudden wind storms would rattle the standing wheat and the dampness gave off a fresh vegetation aroma. A few raindrops would find their way through the cracks, causing a restful, contented feeling to pass over me. It gave me reason to believe that we could have a fair crop after all. 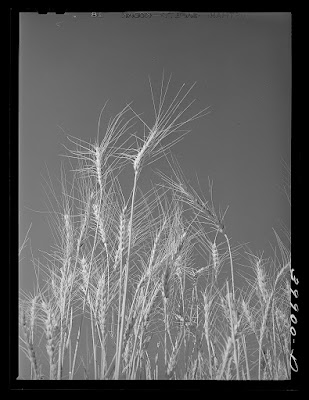 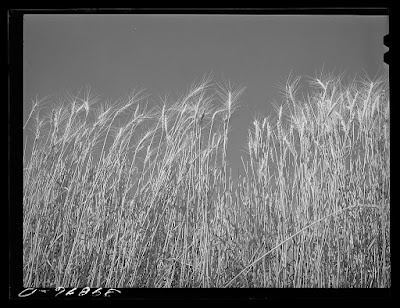 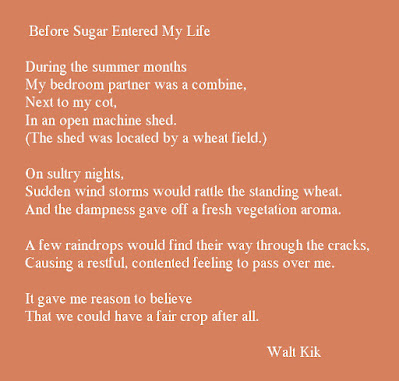