Ever since cousin Robin Williams started to make a living by making movies of far away places, Sugar developed a traveler’s itch. She secretly wishes I'd spread my territorial interests farther than just the Washington wheat fields and Lake Roosevelt. Restless Robin just loves to try to get people off their duffs to take flying trips to Europe. Sure, a lot of those foreign places are pretty to look at, because they are loaded with gobs of European history and culture.

For a set amount of dough, plus some relative privileges, Robin invited us to join his summer group for a two week stay in a castle. So far I haven’t developed a hankering to run over there to spend time in an ancient dungeon-like, fortified residence. It would remind me of a lot of dead kings that were a bunch of mean old guys. At one time our ancestors idolized those overstuffed noblemen.

What's the matter with our own Northwest? It would be impossible to soak up all the goodies around here that nature so pleasantly laid out for us. When a guy by the name of Henry David Thoreau just used his Walden Pond for his inspirational poems and writings, surely Lincoln County is worth exploring for years to come.

We took our travelogueing cousin out to the Rocklyn cemetery and showed him where his great-grandfather lay buried beneath the fertile soil. He thought for a while, then walked over to the edge of the cemetery hill and said, “I wonder why he settled away out here?” The answer to his question could fill scads of writing paper. If only those old-timers would have jotted down all their dreams as they searched for new horizons. 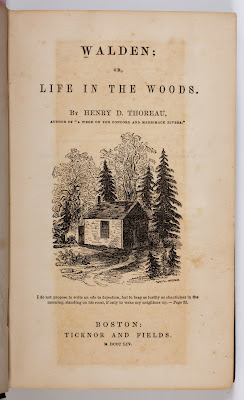