Town Without a Jail or Church

On a Friday night in January 1985 the Bluestem Grange gave me an opportunity to tell what I knew about early day Bluestem. We had a perfect setting for talking over the early days of Bluestem. The foggy weather had a way of knocking out the electricity. The whole Grange ritual and the lecture hour was conducted by candlelight, just like in the old log cabin days.

This flickering light event was held in the old two-story school house. The upper part was never used as a school. It was built by settlers who had dreams that this railroad station would never stop growing.

In 1892 when the Great Northern Railroad got its tracks laid as far as what is now Bluestem, they drove a 'Moscow' sign into the bunchgrass. Settlers took up the hint, and began building a frontier town. It grew to the size and shape that would have made a perfect setting to suit the modern movie producer of today. All the buildings condensed for "Frontier Town, USA" were there.

Across from this fairly wide dirt street a wooden sidewalk the full length of the main drag was nailed together. The buildings that were using this boardwalk were first, a two story hotel located on the starting end of the wooden sidewalk, followed by a shed-like meat market, and storage building. Then came another two story building. The upstairs of this sturdy structure was the town’s dance hall. Downstairs was the general store. A small bricked in bank took up some of the general store. Next to this combination building was the town’s livery stable, where the flies had a hard time staying out of the general store.

If you kept walking the boardwalk to the west, a small empty space appeared. It was a place where drunks could sober up before riding their horses out of town. Then came the saloon. If you decided to pass it up, a few steps farther would take you to the restaurant. Then came a break in the sidewalk. It put you on ground level, ’til a few feet brought you up to the boardwalk again where the town’s blacksmith shop and chop mill took up quite a lot of space.

When those old timers got this far through main street, a lot of them thought about getting a shave and maybe a bath. Handily, right west of this wagon repairing and horse shoeing shop was the town’s barber shop. From there a stretch down to the end of the wooden sidewalk was the post office. Usually that was the last stop before heading home.

A town without a jail or a church—the citizens must have been able to keep themselves out of trouble. Quite an achievement, especially since they didn’t have any protection or guidelines to follow. 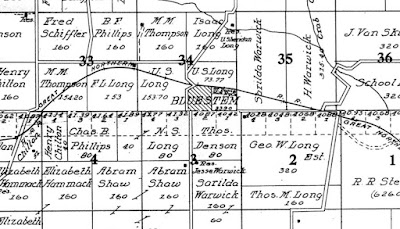 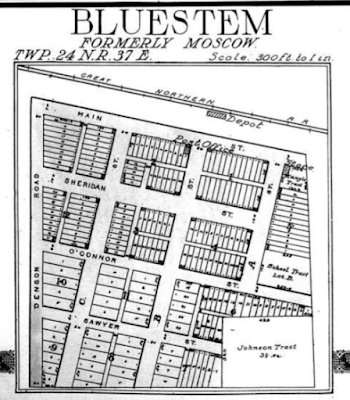 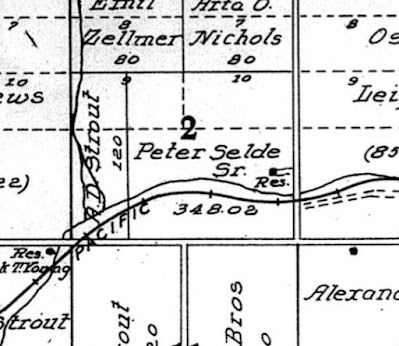