Let’s turn back the calendar to 1902. That year in the town of Norfolk, Nebraska, spring was too far away to do any damage to the snow. Just the right time of the year for folks in that mid-western town to talk over their expanding migrating urge. A group, for reasons of its own, got antsy enough to rent a railroad car to go farther west. Destination? Davenport, Washington.

The human cargo included a 10 year old lad by the name of Paul Maskenthine. Also, his parents, three brothers and a sister, the William Guhlke family, and the Maskenthine clan. When that special car loaded with immigrants from Nebraska pulled into Davenport, advanced settler and scout Albert Guhlke was there with his bobsled to meet them.

The new arrivals were sledded across the barren wintery hills to the Bluestem General Store. For a treat, Albert bought all the little ones a sack that was filled with jaw breaking candy. The horses then pulled this sled full of newcomers to Guhlke’s little house that stood on what used to be prairie sod. That night Albert’s wife lined all the new arrivals along the wall for sleeping purposes.

The next morning, Mr. Guhlke took the Maskenthine tribe to Edwall, where they caught the Great Northern to Odessa. To save a lot of walking, a delivery team was hired to take them to relatives. They had already set up a farm out in the sticks between Odessa and Wilbur.

When spring arrived, Paul’s dad, Herman, went back to the Davenport area. Between Davenport and Rocklyn, Herman was able to find a disgruntled homesteader that didn’t mind selling out to him. This farmstead came with four horses, and a wagon. Just what Papa Maskenthine needed to move his family back from Odessa.

With the passing of time, Paul was able to go to school in Davenport, and be available for a part time job. About the same time, two brothers came to town, and each opened up a drug store of their own. One was known as 'bad seed Ben', the other as 'good seed Curley'. Paul got his first job after school at Ben’s place.

In those days, every student had to buy their own school books and supplies. Selling books and exchanging patented medicine for money, gave Paul his first experience in the business world. He enjoyed waiting on customers.

Finally, Paul moseyed over to see Ed Imus, the banker, about taking a pharmaceutical course. Imus told him he was making a darn good move. Paul’s drug store job at Ben’s came to a sudden end. His boss didn’t walk a very straight and righteous path. Prosecuting attorney, Pettijohn, told Paul’s dad to get his son out of there because they were going to raid the store and pick up Ben for bootlegging liquor to thirsty customers.

Ben pleaded guilty when the law caught him red-handed. For punishment, he was made to set in jail for quite a while. After getting back into circulation, Ben sold out and left town. As for Paul Maskenthine, it was a matter of transferring himself over to Curley’s place as a part time druggist.

Curley did serve the early day community very well with his friendly and likeable way of pleasing customers. Some depended on Curley to keep them in good health. Even to the extent of a little under the counter stuff. He had a certain kind of slickness that didn’t cause him too much sweat. 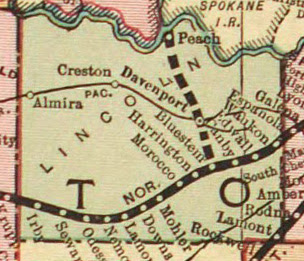 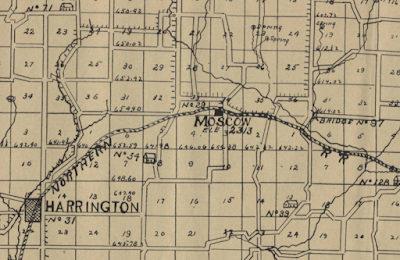 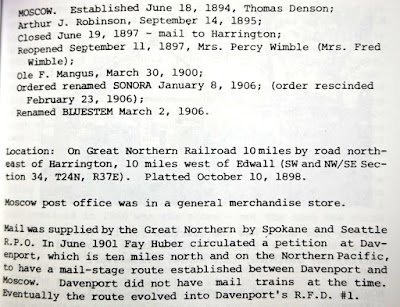 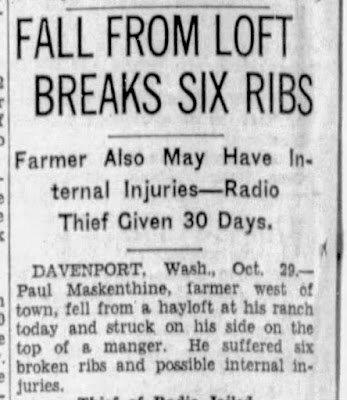