In those pre-diesel days, gas was delivered in a primitive way. Guy Canfield, a well known gas delivery-man, worked at Fred’s plant. He would back up the company’s pint size truck to fill my six 55 gallon barrels.
The tank on the truck had a short unloading faucet sticking out. A long rod that held a slug of rings was bolted on the back bed. Counting the gallons was done Chinese [abacus] style. Every time a five gallon bucket was filled, Guy would slide one of those rings over to the other side of the truck. Then he would dump the bucket that was loaded with gasoline into the barrels.
When the barrels were filled, Guy would then count the rings that were moved across the rod and multiply that number by five. The final penciled-in figures were the number of gallons delivered.
Later, through the process of mental evolution, Mr. Canfield figured out how to measure delivered gallons more easily. He notched gallon markings on a stick that was a little longer than the barrels.
Buckets of gasoline could then be emptied without counting. It was a simple matter of sticking the marked stick into each barrel. The wetness would show the number of gallons that got dumped.
This marked advancement brought forth a more accurate gallon count. Because, sometimes while visiting, Guy would forget to slide a ring across.
"Good Samaritan" Kik-Back Country, page 43, part 2 (previous)     (home)     (thread) 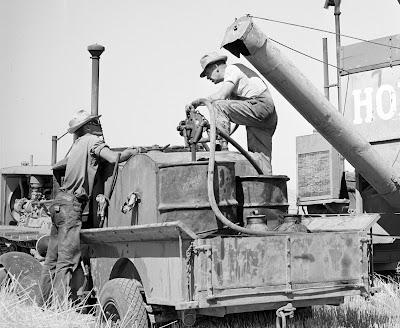 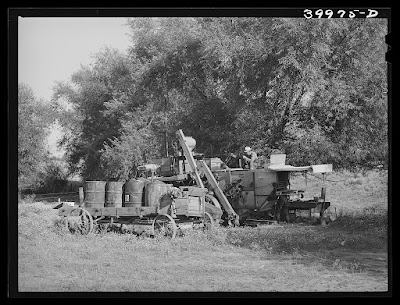