My Roots Got Sprouted Down There

Ruff is a town that’s nestled in a low spot 24 miles southwest of Odessa. Three years ago reports came leaking out that dry land wheat down there was only making about four bushels to an acre; so Sugar and I took a spin that way during their harvest and found combines trying to catch heads that were sticking slightly above the deep furrowed rows. Luckily the wheat had red chaff, making it possible for the operators to find their way around the fields.

After interviewing an unhappy farmer, we got nosy and wanted to see if the drought had affected the town of Ruff. After all, part of my roots got sprouted down there through ancestral cross-breeding.

Upon entering Ruff at that time, it was a shock to find almost a ghost town. There were a few poor people living there that had the habit of pushing clunked-out refrigerators and stoves to the nearest outside door, and using them for steps. A far cry from 63 years ago when my dad motored his family for a weekend at Ruff to visit with relatives. Those German-Russians were so tidy that if you were to put down their reading material in a slightly different place, you would spoil their decorative ideas, making them emotionally upset to say funny things in German.

The friendliest bunch of little folks met us that day on their bicycles and gave us a tour of the town. The old standing church looked the same, except windows and doors were missing, and it badly needed a paint job and a preacher. A lightning strike caved-in the side of the old city water tank. The kids used the inside for their play jail.

We noticed on that guided tour that there were new signs nailed on the old hotel, the livery stable and the old Ford garage, stating when each was built. Those poor folks also took an historic interest and researched into past records, then nailed their findings and population up at the edge of town.

A little girl told us then that there wouldn’t be 27 people living at Ruff until her mother had her baby that fall, so, barring a miscarriage, the true census stayed correct for a spell. 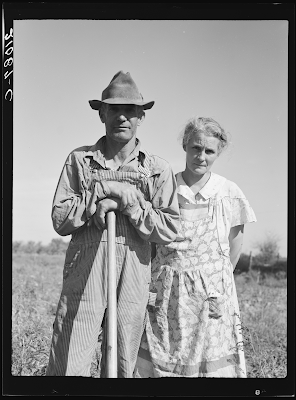 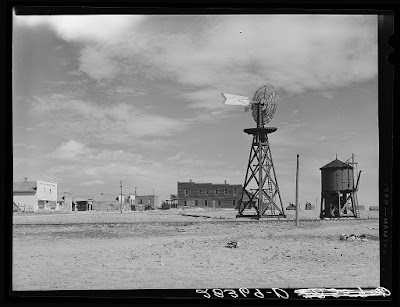