At the turn of the century, a famous murderer, crook, and all around bad guy, Harry Tracy, tried to find a hide-out haven on a large cattle ranch southeast of Creston. This ranch made headlines throughout the northwest because a scum like Tracy set up headquarters there till his final days set in.

Seventy years later, new settlers of a very peaceful nature invaded this same ranch. Not a peep was laid down in print about this band of “high-hopers” who bedded down with dreams of happiness running through their minds.

Finding no paradise in our hostile winters, they just vanished into thin air. They are all gone now. There was no farewell party given for these temporary settlers.

The first sightings of these newcomers, came through the eyes of my sister, who carries mail through this cow country. Off in the distance in an alkali pothole she saw several unidentified heads bathing in the buff. Later, near this lagoon, a couple of mail boxes began to appear. It gave us an excuse to become nosy enough to get acquainted.

Out of this tribe that was living on different patches of ground, Sugar and I became friendly with a young woman who picked a partner that had a vagabond look in his eyes. The two came up from Berkeley, California. While in Seattle they saw a flattering advertisement about this spot of peace and tranquility.

This girl-like woman fascinated me. Was she a runaway? No, but she wasn’t born with a silver spoon in her mouth. She decided to jump the gun to follow a rainbow to this mosquito ridden pot-hole, where she could establish her paradise.

This couple tried to make a house out of funny pieces of mill-ends that were hauled up from Lincoln Mill. Even with the fast action of the hammer and saw, they could not win the race with the stork. She had to have her baby in a small tent. Without any formal baptism, he was called the “Critter.” (No fooling).

Realizing autumn has the habit of dumping a lot of cold weather, we decided to throw some things in the pickup that could be used for warmth, and to help fill out space in their make-believe house that needed windows and a roof.

Yes, the snow finally came, and Sugar and I were wondering how the creators of the Critter were making out in all that bad weather. We didn’t have to wait very long. Their rig was parked up on the highway. We were snowed in, so they had to trudge through snow. She had the Critter strapped on her back, and he was carrying gifts of returned love for us. A large jar of home-ground peanut butter and two quart bottles of black homemade beer of questionable brewing quality.

It was rather sad. They were on their way, moving into Davenport for the winter at the invitation of some friends who were renting a house that had a roof and windows, but not much else. The Critter’s mother looked homesick and seemed to enjoy visiting with Sugar. She had been in a 4-H club during her happier days.

Since it was getting close to Christmas time, this young mother, before she left, asked me to take an inside picture of the Critter on her lap. She wanted to send the photo to her parents back home, so they would get the idea she was spending part of her time in an established home.

Just before Christmas we delivered some things Sugar had made for the baby. We soon noticed someone was missing. The guy with the vagabond eyes, that had fathered the Critter, went downtown to get a loaf of bread about a week before and hadn’t returned yet. Things began to look a little fishy.

When we were getting ready to leave, the little mother figured her guy could be up in Spokane. “Maybe he will find a job, then he may come after me,” she said hopefully, as the nameless baby was busy finding nourishment from her breast.

Life for some is not a bed of roses. Seems like the poor help take care of the poor. A couple of weeks later, this mother and her son joined up with a permanent family in Stevens County. 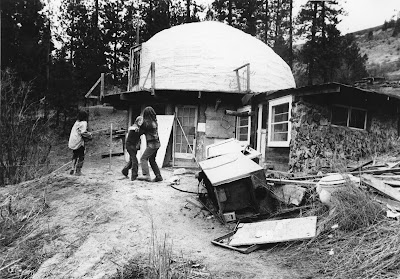 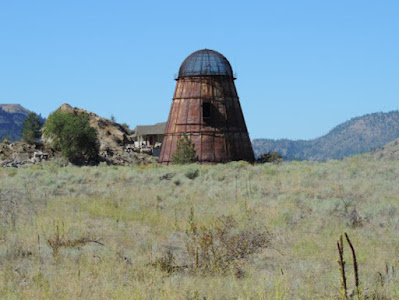 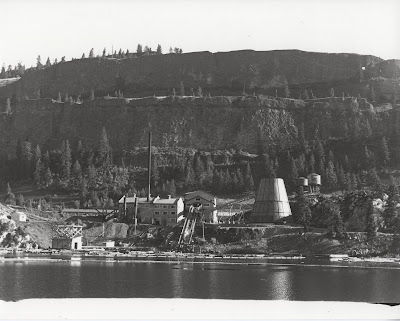